A potential class action suit filed against Capital Senior Living accuses the Dallas-based operator of violating the same state biometric privacy law that other operators have been accused of violating.

Lawrence worked at the former Spring Meadows Naperville, Naperville, IL, from September to December 2019. Spring Meadows was among the properties that real estate investment trust Welltower transitioned from Capital to StoryPoint Senior Living in 2020.

Employees are required to scan their fingerprints when they clock in and clock out of work. The suit alleges that the company did not properly inform employees in writing that it was collecting their fingerprints, the reason for the collection, nor how long the information would be stored.

The lawsuit alleges that Capital “compromised the privacy and security” of employees by sharing Lawrence’s and other employees’ fingerprints with the timekeeping vendor without their consent.

The suit seeks to represent a class of more than 50 workers who scanned their fingerprints into the time clock system from March 1, 2016, to the present without signing a written release.

Capital Senior Living did not respond to McKnight’s Senior Living’s requests for comment before the publication deadline.

Brookdale Senior Living, Senior Lifestyle Corp., Smith Senior Living and Sunrise Senior Living all have faced similar class action lawsuits. All of those senior living operators were accused of violating the Illinois BIPA in requiring employees to submit to fingerprint scans to clock in and out of work. 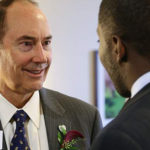 ‘Our communities have not closed!’ Licensing paperwork delay leads to communication headache for Silverado