Dillsburg, PA-based Presbyterian Senior Living and Orlando-based Westminster Communities of Florida have discontinued discussions about a possible merger that could have created the fifth largest not-for-profit multi-site senior living organization in the country, the organizations announced Friday.

The decision was mutual, they said.

“As we looked deeper into what a joint organization would look like, both parties determined the best way to serve their respective constituents was to remain independent organizations,” said PSL’s acting CEO, James Bernardo.

The entities had entered into a memorandum of understanding in April to explore a possible affiliation, hoping to have a deal finalized by Jan. 1.

“The planned retirement of both organizations’ CEOs offers a window of opportunity that will enable PSL and Westminster to think creatively about what the relationship could look like,” they said in a joint press release announcing the talks. 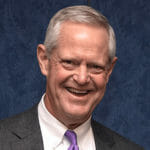