President Trump’s commutation of the 35-year prison sentence of a woman convicted of orchestrating a $205 million Medicare fraud scheme that involved assisted living facility owners and operators “may well encourage lawlessness in a federal program that can least afford it.”

That’s according to Paul Pelletier, the former supervising federal prosecutor who authorized the indictment of Judith Negron.

As McKnight’s Senior Living previously reported, Negron was the co-owner of Miami-based American Therapeutic Corp., which was found to have paid bribes and kickbacks to assisted living facilities, halfway houses and patient brokers in exchange for the use of Medicare-beneficiary residents in programs offered by ATC for which they were not eligible, where they received services that were unnecessary or not legitimate.

Negron was found guilty on 24 felony counts. Her December 2011 sentence was one of the longest prison terms ever imposed in a Medicare Fraud Strike Force case at the time, according to a 2011 Justice Department press release. The sentence also included three years of supervised release, and Negron and two co-defendants also were ordered to pay $87 million in restitution.

“She still hasn’t repaid the money she stole from Medicare,” Pelletier wrote in an opinion piece in USA Today, calling the penalties “fitting while significantly deterring others.”

Trump announced his decision to commute Negron’s sentence on Feb. 18.

Negron told the Associated Press that her case was brought to the attention of the president by people such as Alice Johnson, who received clemency in June 2018 after lobbying by reality TV star Kim Kardashian West. March 4, Kardashian West, Negron and two other former prisoners who had their sentences commuted visited Trump in the White House.

Until she was charged, Negron’s apparent success in fraud led others to copy her, Pelletier said. Her clemency, he added, “might also just serve as a clarion call to Medicare fraudsters: Steal as much as you can as quickly as you can — then use that stolen loot to obtain high-level political connections to seek a commutation.” 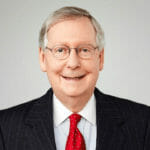