A collective effort from long-term care providers, public health officials and lawmakers is the way to improve the quality of care in the wake of COVID-19, not legal and financial penalties, according to Mark Parkinson, president and CEO of the American Health Care Association / National Center for Assisted Living.

Parkinson addressed the challenges and solutions to improving long-term care in an online opinion piece as Republican lawmakers at the federal level attempt to pass lawsuit protections for businesses, including healthcare providers, as part of a coronavirus relief package. Many states already have passed such protections.

He detailed the challenges long-term care providers faced early on in the battle against COVID-19, including delayed reinforcements in the form of testing and personal protective equipment, staffing shortages and financial strains.

This combination of factors, he said, is what led to the disproportionate death toll in long-term care facilities.

Despite this, providers “never wavered” from their commitment to deliver quality care, Parkinson said. Providers quickly implemented rigorous infection control protocols, and frontline workers came to work each day to protect the most vulnerable residents in their care, he added.

“Because of their heroic deeds, many lives have been saved from this vicious virus,” Parkinson wrote.

That swift action and commitment to older adults, he said, was reflected in a recent decision by a Washington State administrative law judge that confirmed that Seattle-based Life Care Center of Kirkland, which experienced the first coronavirus outbreak at a facility, followed public health guidelines, adhered to protocols and “did everything in their power to protect residents.”

The decision followed state citations and conditions placed on its license, which the facility appealed.

What unfolded in Washington state, Parkinson wrote, shows that “pursuing legal action and imposing monetary penalties against long-term care providers, particularly in a crisis, is not a remedy to improve the overall quality of care.”

These actions, he said, fail to “account for the entirety” of what happens in a particular facility, ties the hands of essential personnel and redirects critical resources from where they are most needed.

The CEO said that lessons learned can help facilitate open discussions on how to ensure that long-term care residents and staff are a public health priority. 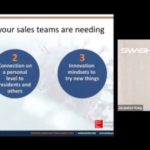