An innovative online speech therapy program is helping seniors with dementia recall words that seemed lost, including the names of their grandchildren.

It’s common for those with Alzheimer’s disease or primary progressive aphasia to encounter language problems, including the ability to retrieve once-familiar names. But their aphasia often goes untreated because many speech-language pathologists are trained to help children or individuals with stroke, not those with dementia.

To help close the gap, Northwestern University medical scientists are developing a “Communication Bridge” program. As a part of the initiative, specially trained speech-language pathologists offer personalized therapy over the internet to those with dementia-related language impairment.

Study participants made significant improvement in recalling the words they had found troublesome after two months of therapy, and they maintained that improvement a half year later.

One participant regained an ability to identify various flowers in her garden. Another restored his ability to issue commands to his border collie — and order his favorite meal from the drive-through at Steak ‘n Shake.

“There’s a misconception that speech-language pathologists can’t help people with dementia but, in fact, they have many tools that can be helpful,” said lead author Emily Rogalski, Ph.D., associate professor at the Cognitive Neurology and Alzheimer’s Disease Center at Northwestern University’s Feinberg School of Medicine.

Rogalski said it is notable that participants are holding on to the gains, which is uncommon for those with neurodegenerative diseases. Full findings appear in the journal Alzheimer’s & Dementia: Translational Research & Clinical Interventions. 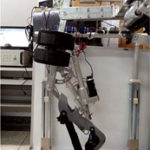 Robotic rehab tool gets to the knee of the matter