“Drastic” and “devastating” are two of the words used by advocacy organizations representing seniors housing or care providers and those they serve to describe President Trump’s proposed budget for fiscal year 2018, released Tuesday.

The budget would cut Medicaid funding by $610 billion over 10 years, on top of the more than $800 billion in cuts that are part of the American Health Care Act passed by the House of Representatives. LeadingAge President and CEO Katie Smith Sloan said the organization is “extremely disturbed” by those proposed cuts.

“The Budget proposes to reform Medicaid by giving states the choice between a per capita cap and a block grant and empowering states to innovate and prioritize Medicaid dollars to the most vulnerable populations,” the document reads. “States will have more flexibility to control costs and design individual, State-based solutions to provide better care to Medicaid beneficiaries.”

In a statement, LeadingAge also said, “We are concerned about the potential return of across-the-board spending cuts in senior housing and services programs due to the 2011 Budget Control Act’s sequestration provisions.”

Regarding affordable housing, LeadingAge noted that the budget would cut overall funding for the Department of Housing and Urban Development by more than 15% compared with the funding level enacted for FY 2017.

Funding is “insufficient,” the organization said, to renew the 97,000 Section 202 Housing for the Elderly project rental assistance contracts up for renewal during the year and to renew Section 8 project-based rental assistance contracts, which provide rental subsidies for approximately two-thirds of the Section 202 program’s homes. Also under the budget, the National Housing Trust Fund, which provided states with almost $200 million for rental housing in 2016, would be eliminated.

The release of the full budget on Tuesday after the release of a shorter proposal in March “confirms the devastating blow this budget would land on millions of low income people throughout the country, in a transparent effort to pay for tax cuts for the wealthy and increase defense spending,” said National Low Income Housing Coalition President and CEO Diane Yentel.

The budget’s cuts to anti-poverty programs that affect seniors and their families are “substantial,” Argentum said.

“Argentum is closely monitoring the president’s final budget proposal to ensure meaningful discussion around issues affecting seniors — one of our nation’s most vulnerable populations,” Argentum President and CEO James Balda said in a statement.

The American Health Care Association/National Center for Assisted Living said it is continuing to review the document.

“As the budget process continues on Capitol Hill, it is critical that Congress takes steps to ensure Medicaid funding will meet the needs of seniors and individuals with disabilities,” AHCA/NCAL President and CEO Mark Parkinson said. “Drastic Medicaid cuts like those included in this budget would jeopardize access to care for the most vulnerable in our society. Protecting the frail and elderly is important both today and in the coming years when demand will dramatically increase.” 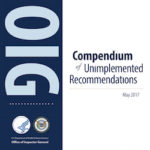