Provider groups continued to express concerns over provisions in the $1.5 trillion tax reform legislation that passed 227-205 Thursday in the House of Representatives and in the tax reform bill under consideration in the Senate.

LeadingAge said Thursday that it was “profoundly disappointed” that H.R. 1, the Tax Cuts and Jobs Act, eliminates the medical expenses deduction, which helps older adults reduce their out-of-pocket expenses, and ends the private activity bond exemption, which would result in fewer life plan community and affordable housing projects being undertaken.

“Eliminating certain low income tax credits (because of the bill’s ending of tax exemptions for private activity bonds), coupled with the lowering of the corporate tax rate, would result in two-thirds fewer housing credit homes being built,” the organization said in a statement.

Almost 30% of housing credit apartments are senior households, according to LeadingAge.

“For life plan communities, the elimination of private activity tax exempt bond financing removes the primary source of capital for property development and would increase the cost capital by 25 to 35%,” the organization said. “And it removes tax-exempt advance refunding bonds, which are a significant way that life plan communities take advantage of lower rates. Ultimately, this means higher costs for seniors.”

Maribeth Bersani, chief operating officer of Argentum, told McKnight’s Senior Living that the organization believes that the elimination of the medical expense deduction “will have the greatest impact on senior living residents.”

“Our data shows that unless the medical expense deduction is retained in current law (and held at the 7.5% income threshold), seniors will expect an average tax increase of $1,800 next year — even at the lowest 12% bracket,” James Balda of Argentum, Katie Smith Sloan of LeadingAge and David Schless of ASHA had written. “For seniors with more significant medical costs, such as someone living with Alzheimer’s, the impact will be much worse. We estimate that a resident living in a memory care community will incur out-of-pocket costs of at least $ 70,319 each year. Under current law, assuming a modest income level, they would have no tax liability. Under the new plan, they could face a tax liability as high as $6,100.”

The three organizations along with 58 others made similar points in a letter to senators on Nov. 8.

The Senate is considering a tax reform bill that differs significantly from the House bill, one way being that it includes a repeal of the Affordable Care Act’s mandate that most people buy health insurance or face a penalty. That body may vote on that bill after Thanksgiving. If it passes, House and Senate leaders would need to reconcile the two bills.

“We are relieved that the Senate bill retains the medical expense deduction and the tax exemption for private activity bonds and thus all housing credits,” LeadingAge said Thursday. “However, the Senate bill reduces the corporate tax rate, which will end up reducing the overall value of the low income housing tax credit and thus decrease the number of homes ultimately built by our member nonprofits for older adults.”

The organization is calling for the Senate to adjust the housing tax credit to ameliorate the negative effect of the rate reduction.

“We are also concerned that the Senate bill would eliminate tax-exempt advance refunding bonds,” LeadingAge said. “This would have a serious impact on life plan communities.” 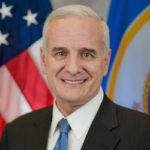