Charges against more than 250 defendants from around the world who allegedly stole more than $500 million from more than a million Americans, most of them elderly, were announced Thursday in an effort that the Justice Department and its law enforcement partners collectively described as “the largest coordinated sweep of elder fraud cases in history.”

“Today is only the beginning,” Attorney General Jeff Sessions said. “I have directed department prosecutors to coordinate with both domestic law enforcement partners and foreign counterparts to stop these criminals from exploiting our seniors.”

The Justice Department also has ordered its 94 U.S. attorneys’ offices to designate an elder justice coordinator who will work to protect older adults in their districts, Sessions said at a Thursday press conference announcing the sweep. “This will ensure even greater cooperation between the Department of Justice and our law enforcement partners,” he said.

The actions cover a variety of alleged fraud schemes, ranging from mass mailing, telemarketing and investment fraud to individual incidences of identity theft and theft by guardians, according to the announcement. Several cases allegedly involved transnational criminal organizations that defrauded hundreds of thousands of elderly victims, whereas others involved a single relative or fiduciary who allegedly took advantage of an individual victim.

Sessions recommended that people report cases of suspected fraud to the FTC at www.ftc.gov/complaint or 877-FTC-HELP. He also cited the fraud hotline of the Senate Special Committee on Aging: 855-303-9470 or  www.aging.senate.gov/fraud-hotline.

The Justice Department said it has partnered with Senior Corps, a national service program administered by the federal agency the Corporation for National and Community Service, to educate seniors and prevent more victimization. Through the Senior Corps program, more than 245,000 older adults serve more than 840,000 additional seniors.

Using its network operating in more than 30,000 locations, Senior Corps volunteers will communicate about elder fraud to potential victims and educate their peers and caregivers about the most common types of schemes and how to avoid them. Read more about Senior Corps’ efforts to reduce elder fraud on the program’s website. 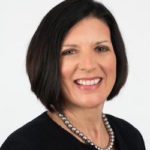