Almost half of the states changed regulations, statutes or policies affecting assisted living between January 2015 and June 2016, according to the National Center for Assisted Living’s 2016 “Assisted Living State Regulatory Review,” released Thursday.

The report details requirements for communities that offer seniors housing, supportive services, personalized assistance with activities of daily living and some level of healthcare.

Twenty-three states made changes affecting such communities during the time period studied, whereas 27 states and the District of Columbia did not.

“Staffing and training, dementia care and medication management were the most common policy areas addressed by states in 2016,” said Lilly Hummel, NCAL’s senior policy director and the report’s author. “Most of the changes were targeted, and only a few states made significant, broad changes to their regulations. Over time, states are generally increasing the regulatory requirements for assisted living communities.”

Adjustments in state requirements show the evolution of assisted living and states’ recognition that assisted living can play an important and cost-effective role in caring for older adults, NCAL Executive Director Scott Tittle said. “This year’s changes reflect that a growing number of assisted living residents are facing increasing needs, whether living with dementia or dealing with multiple chronic diseases,” he added.

Highlights of this year’s review:

The full report and state summaries are available on NCAL’s website. 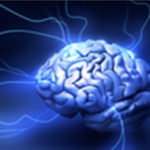