From a senior living community resident and the community’s life enrichment director comes a new children’s book, one meant to unite those young and old, tall and small.

The author of the book, “Never Tell a Hermit Crab We Can’t Repair the World,” is Rabbi Howard Fogelson Bogot, a Jewish studies lecturer at Abington College of Penn State University and a resident at Rydal Park, a HumanGood life plan community in Montgomery County, PA. Daniel Sean Kaye, who illustrated the book, is the director of life enrichment at Rydal Park. The children’s book includes an introduction by Rep. Madeleine Dean (D-PA).

The premise of the book is a curious hermit crab named Milo looking to help restore the world. Kaye already had written and illustrated two books about the character: “Never Underestimate a Hermit Crab” and “Never Take a Hermit Crab for Granted.” For this addition to the series, he was inspired to team up with Rabbi Bogot because of a text the rabbi had written in the past on repairing the world.

“[Repairing the world] is about a 3000-year-old concept that comes out of the Jewish Mystic Movement,” Rabbi Bogot told McKnight’s Senior Living. “This text was just waiting for illustration.”

Inside the book, blank pages are included to allow the children reading to add to the story or make their own illustrations. This feature is meant to represent how important everyone is to healing the world.

“This book is intended to offer a message of hope and reassurance for children and children at heart,” Kaye said in a statement about the book. “Now more than ever, we all need to hear positive messages about how to achieve human goodness and repair our world.”

All proceeds — not just profits — of Kaye’s two previous books were donated, and he wanted to continue this tradition with the new story. This time, proceeds will be split between the Rydal Park Friendship Fund and the Mary K. Bogot Memorial fund, in memory of Rabbi Bogot’s late wife. Respectively, the funds aid life plan community residents in financial hardship and provide funding to help Penn State Abington music students who cannot afford music lessons.

With both an employee and resident of Rydal Park involved in the making of the book, Kaye and Rabbi Bogot have gotten a very positive response from staff members and residents. According to Kaye, many have requested copies for their grandchildren and children.

“The response has been excellent,” Kaye said. “It’s been very supportive and very encouraging … and when they heard where the money was going, they loved it.”

According to Rabbi Bogot, despite the age range the book is meant for, the book has quite the adult agenda. He and Kaye aim to inspire anyone who reads it and remind them of their meaning in the world.

“This text is based on this dream of having young people and their parents, their teachers, their grandparents find a world for themselves,” Rabbi Bogot said. “A world that has all the sparks of creativity and peace swept back into place.”

Copies of the book can be purchased online at www.danielkaye.net. 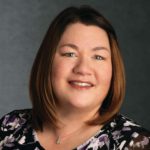