A new report issued by the nonprofit Bipartisan Policy Center cites four areas in which the financing of long-term services and supports can be improved.

When it comes to expanding home- and community-based services options for older Americans under Medicaid, the report, “Initial Recommendations to Improve the Financing of Long-Term Care,” says that states could be incentivized to expand the availability of HCBS in two ways: by combining existing Medicaid waiver and state plan amendments, or SPA, authorities into a single, streamlined SPA, and by extending existing enhanced federal matching to encourage states to take advantage of the new streamlined authority. Should a catastrophic program be adopted, states that offer expanded HCBS through the new SPA would have lower maintenance of effort requirements, the report states.

The report also makes recommendations for increasing the availability and affordability of private long-term care insurance, new options for working individuals with disabilities, and addressing the needs of Americans with significant LTSS needs.

The report was informed by modeling done by the Urban Institute and actuarial firm Milliman — the same modeling that informed a 2015 report published in Health Affairs and was funded in part by members of LeadingAge. It was developed by the co-chairs of the center’s Long-Term Care Initiative: former Senate majority leaders Tom Daschle and Bill Frist, M.D.; former Secretary of Health and Human Services and Gov. Tommy Thompson; and former Congressional Budget Office Director Alice Rivlin, Ph.D. The Long-Term Care Initiative is supported by a grant from The SCAN Foundation.

“For decades, Congress has sought solutions to help Americans of all ages cover the personal and financial cost of long-term care,” Frist said in a statement. “Members of both parties agree paying for long-term care shouldn’t force people into poverty, but we haven’t agreed yet on a final policy resolution. We hope this first set of bipartisan recommendations will move the debate forward.”

The initiative will release a second paper in 2017 that will examine additional financing options, including adding a long-term care benefit to Medigap and Medicare Advantage, developing a tax credit for caregiving expenses, establishing a respite-care benefit with Medicare and offering long-term care insurance within retirement plans.

Lois A. Bowers LTSS/HCBS Medicare
Next post in News 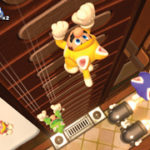