Across the country, assisted living operators are seeing increasing care needs among residents in their communities, and providers in California are not immune.

Although a 2016 survey commissioned by the California Assisted Living Association found that most residents feel safe and secure and would recommend their community to a friend, a new report released by a coalition of unions and groups representing workers and consumers maintains that changes in mandated staffing ratios, inspections and enforcement, and licensing, as well as mandatory wage and hour compliance training, would improve the quality of care for residents as well as working conditions for caregivers.

“Understaffed and Overworked: Poor Working Conditions and Quality of Care in Residential Care Facilities for the Elderly” attributes many challenges faced by RCFEs in the state to staffing requirements that have not kept pace with resident needs that are increasing in acuity.

For instance, according to the report, 53% of the state’s RCFE residents are aged 85 or more years, 40% have Alzheimer’s disease or dementia and 39% have cardiovascular disease, yet RCFEs are not required to have skilled, licensed staff on site or on call. The only mandated staffing ratios for RCFEs apply to facilities with up to 200 residents, which are required to have one awake staff member and two on-call on the night shift, author Hina Shah wrote, and none of them is required to have any medical training.

In addition to staffing requirements, also needing to be addressed are compensation and recordkeeping issues, said Shah, an associate professor of law and director of the Women’s Employment Rights Clinic at Golden Gate University School of Law, San Francisco.

Frequently, she said, small RCFEs hire one or two caregivers as live-in or 24-hour shift workers and pay them a flat daily or monthly rate without accounting for hours worked or minimum wage or overtime rules. The RCFEs often do not keep records, or the records they keep do not reflect hours worked, she added, and workers can be misclassified as independent contractors.

Since 2011, caregivers have filed 526 wage theft claims with the state Labor Commissioner’s Office, according to the report. Of those cases that resulted in a hearing, workers were found to be owed $2.5 million dollars, but only $700,000 in judgments have been paid, Shah said.

To improve living and working conditions, the report recommends:

Jeannee Parker Martin, president and CEO of LeadingAge California, told McKnight’s Senior Living that, unlike some other states, California has not made a “robust public investment in assisted living.”

“RCFEs are largely market-driven in their pricing and service offerings, based on a resident’s ability to pay,” she said. “Providers are continually trying to strike a balance between meeting consumer demand and maintaining affordability.”

Assisted living operators in the state have felt increasing pressure as older adults and their families look for alternatives to nursing homes, Martin said. “For seniors who typically subsist on a $1,158 [Supplemental Security Income/State Supplementary Payment] benefit, there are few options for those who do not need nursing home care and are unable to access additional financial resources,” she said, noting that especially in smaller RCFEs, that monthly benefit amount may represent a resident’s entire income and needs to cover room and board, meals, care and activities. “Mandating staffing ratios without subsidizing the costs of care will drive small providers out of the market and eliminate the safety net for these seniors,” Martin said.

Expanding a pilot program and finding a way to finance long-term services and supports might help, she said.

California’s Medicaid program does not pay for RCFE services outside of a demonstration project created in 2000 by legislation, of which LeadingAge California was a sponsor, Martin said, calling on policymakers to expand the number of slots available. “The current cap of 3,700 enrollees … meets only a tiny fraction of the need,” she said.

Residents of assisted living communities in California and their families “believe the care model is having a truly positive impact for seniors,” said CALA President Sally Michael, pointing to the results of its 2016 survey, which was conducted by ProMatura.

“CALA continues to work diligently to enhance the integrity of assisted living and all senior care models by advocating for and achieving annual inspections, a quadrupling of training requirements, and more transparency,” she told McKnight’s Senior Living. “Providers who do not comply with laws and regulations designed to protect seniors and the workers who care for them must be held accountable.” 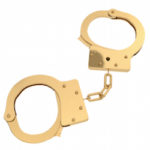 Caregiver arrested for moving resident bed away from call cord