A Tennessee senior living community was fined $2,000 by the state after two residents eloped from the memory care unit undetected last spring.

The couple, residents of Elmcroft of Lebanon in Lebanon, TN, walked out of a secure memory unit in March 2020 after the husband used his Morse code training from his military days to decipher the security combination used by staff members for the front doors, according to the Tennessean. The two were spotted about two blocks from the community 30 minutes later and returned unharmed.

The couple reportedly live with dementia.

“The safety of our residents is the top priority at our senior living community,” Jamison Gosselin, vice president and chief marketing officer of Eclipse Senior Living, told McKnight’s Senior Living in a statement. “We reported the situation to the state and their family immediately after it happened and fully cooperated with the state during its review.”

Gosselin said the community has adjusted its safety measures, including but not limited to changing the exit codes. Eclipse Senior Living also provided additional re-training to the care team at the community, he said.

The Tennessean reported that the community staff members told state regulators they would prevent similar incidents by checking on residents more frequently and scheduling “walking time outside the facility with a staff member present” for the man.

Gosselin said both residents “continue to reside comfortably at our community.” 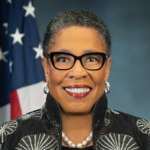