Former health policy consultant Seema Verma was confirmed as administrator of the Centers for Medicare & Medicaid Services on Monday by a 55-43 vote in the Senate.

Verma will run an agency that oversees programs expected to be greatly affected by legislation to replace the Affordable Care Act. In her Feb. 16 confirmation hearing, she told the Senate Finance Committee that tackling healthcare fraud would be a “top priority” if she won the position.

Verma founded and was president of SVC Consultants, a national health policy consulting company based in Indianapolis. Her biography on the company website indicates that she has “extensive experience redesigning Medicaid programs in several states,” including Indiana, where she worked with Vice President Mike Pence when he was governor. She is the former vice president of planning for the Health & Hospital Corporation of Marion County, Indianapolis, and a former director of the Association of State and Territorial Health Officials in Washington, D.C.

Maribeth Bersani, chief operating officer and senior vice president of public policy for Argentum, previously noted that Verma “has experience working with vulnerable populations and a deep familiarity with challenges and opportunities surrounding Medicaid, home- and community-based services and our nation’s aging seniors.”

National Center for Assisted Living Executive Director Scott Tittle previously said he had worked closely with Verma when he was employed by Indiana Gov. Mitch Daniels and then when he was state executive at the Indiana Health Care Association.

“She has always demonstrated a very thoughtful and collaborative approach to complex healthcare policy, and I’m excited to see my friend and fellow Hoosier bring this approach to the national level,” Tittle said when Verma’s nomination was announced in November. “I am looking forward to continuing to work together as we strive to ensure a robust Medicaid program that works for providers and beneficiaries alike.”

After Verma’s confirmation Monday, American Health Care Association/NCAL President and CEO Mark Parkinson said that the organizations “look forward to the opportunity to work with her and the team at CMS. Her experience and healthcare policy knowledge will serve the country well as we continue on the journey to provide quality care for millions of patients and residents.”

Responding to the initial news of Verma’s nomination, LeadingAge said it hoped the new administration would consider its list of regulatory, executive and legislative changes. 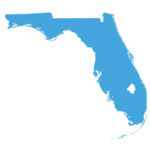