2019 saw a total of 447 deals in the senior housing and care sector, a full-year record and 5% higher than the 2018 total of 426 deals, according to Irving Levin Associates.

The increase was attributed to inexpensive capital.

The sector saw 110 acquisition transactions in the fourth quarter, marking a 7%  increase from the 103 announced deals in the third quarter and the seventh consecutive quarter that such deals numbered more than 100, Irving Levin said. The total reported dollar value of the transactions, however, fell to $3.6 billion, down 37% from the third quarter.

REIT Welltower had five deals, the most of any organization in the quarter. The Ensign Group announced four deals, and Kayne Anderson closed on two. 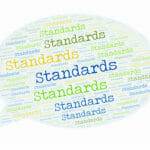