Justin Brown, CEO of Choice Capital Partners, the ownership entity for Villagio Senior Living, has been named director of the Oklahoma Department of Human Services, the state’s largest agency.

“This was one of the most important hires that I needed to make in the state,” Gov. Kevin Stitt (R), who has been serving in the role since January, said Tuesday at a press conference introducing Brown. The governor said the state interviewed “tons and tons of people” for the role.

The Human Services Department has approximately 7,000 employees, he said, and they oversee adult protective services and other services for older adults, licensing and monitoring, applications and eligibility determinations for state’s Medicaid program, food benefits, and programs for children and people who have developmental disabilities.

“We were looking for bold decision-makers,” Stitt said. “I was thinking I really needed a visionary. I needed someone who understood how to run a large organization like this” and has a passion for the work.

“I’m just so thrilled that he’s willing to step aside from his private business to come service our state,” the governor said. “We’re so fortunate to have him.”

Brown has been CEO of that private business, Choice Capital Partners, since 2008, following an eight-year career in healthcare finance. During his banking career, he was involved in financing a range of entities across all healthcare industry segments, including senior housing.

Choice Capital Partners / Villagio Senior Living has approximately 350 employees, Stitt said, and operates seven independent living, assisted living and memory care communities across three states: Colorado (one community), Oklahoma (two) and Texas (four). The governor’s office pointed out that none of the communities has ever received money from the state or federal government.

Brown has stepped down from his CEO role, although he is continuing to serve in an advisory role on the board of directors, according to a press release. He said Stitt’s transition team contacted him unexpectedly “a couple of months ago” to ask whether he was interested in working for the state government.

“I was comfortable. Things were good. Life was easy. I could sort of run my own schedule,” Brown said. Over the course of several conversations, however, “it became clear that this was the path for me,” he added.

Accepting the position was a family decision, he said, adding that his wife, Kelly, and their children, Hannah and Ford, are “all in.”

“It’s an honor to stand up with my family and raise our hands and say, ‘We’re here. it’s our time, and we’re happy to serve,’ ” Brown said.

Watch the press conference below. 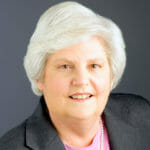 New SEC rule will make it harder to save for retirement, AARP says