A Dallas senior living community is facing six new lawsuits related to the deaths of six residents that their families are attributing to a man previously accused in the deaths of 12 elderly women.

The lawsuits, against The Tradition-Prestonwood and its founder and CEO, Jonathan Perlman, were filed Tuesday by the families of Joyce Abramowitz, Leah Corken, Glenna Day, Juanita Purdy, Solomon Spring and Margaret White. The residents died between July and October 2016.

No charges have been filed in their deaths, but the suspected serial killer, Billy Chemirmir, faces capital murder indictments for two additional women, Norma French and Doris Gleason, who were residents of the The Tradition-Prestonwood at the time of their deaths in October 2016 (their families have filed lawsuits, too, according to media reports). If charges are filed against Chemirmir for the deaths referenced in the six new lawsuits, then he would stand accused of a total of 18 murders.

In a statement provided to McKnight’s Senior Living, the Tradition-Prestonwood said: “The deaths by an alleged serial killer in peoples’ homes and at multiple senior living communities in the [Dallas – Fort Worth] Metroplex is a true tragedy. The Tradition-Prestonwood regards all our residents as family. Their safety has always been and continues to be our top priority.”

Chemirmir’s modus operandi for the deaths for which he has been accused, according to authorities, was to pose as a maintenance employee to gain access to the older adults’ residences, then smother the victims with pillows and take their jewelry. Jewelry was missing from the five women referenced in the new lawsuits, according to the families. Maintenance tools were found in Spring’s apartment even though he had not requested maintenance, the legal documents said.

The lawsuits allege that the company “prioritized profits over people” and “concealed what happened on their premises from Plaintiffs, their residents and the police” even after Chemirmir was arrested in March 2018.

A “whistleblower employee” and former residents, according to the legal documents, told the plaintiffs that The Tradition-Prestonwood had conducted an internal investigation on Chemirmir before he was arrested, reviewed footage of him on surveillance cameras, and “knew he was all over the facility and even personally escorted him off the premises at one point.” Perlman, according to the employee, “had threatened to fire anyone who talked about it and had provided all employees with a script for what to say if someone called and asked about Chemirmir,” the lawsuits said.

“As a direct result of The Tradition’s hollow assurances of safety and security, Chemirmir had virtually unfettered access inside The Tradition-Prestonwood for months,” the lawsuits stated.

In its statement, the Tradition-Prestonwood said, “The allegations against Mr. Perlman that he withheld information are absolutely false.”

The company said it has cooperated with authorities and will continue to do so.

The family of another one of Chemirmir’s suspected victims, Phyllis Payne, settled a lawsuit against another Dallas senior living community, Edgemere, out of court in September 2018, according to a media report. Payne died in May 2016. Chemirmir was indicted for her death in May 2019. 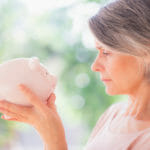