A four-month-old senior living community in Maryland is taking precautionary measures after two residents were found to have Legionnaires’ disease, a potentially fatal lung infection contracted through the inhalation of bacteria-contaminated water droplets.

“The health and safety of our residents is our highest concern, and we moved into action very quickly,” Lisa Albin, director of church and public relations at Lutheran Village at Miller’s Grant, in Ellicott City, MD, told McKnight’s Senior Living. “Whatever the experts are telling us to do, we’re doing it.”

Lutheran Village’s experience may prove informative to other communities at a time when the Centers for Disease Control and Prevention says that incidence of the disease is increasing. The community’s actions, in fact, come less than a week after the CDC issued a report and recommendations related to the prevention of the infection.

The continuing care retirement / life plan community, Albin said, was notified at the end of May that the disease had been diagnosed in a hospitalized resident in mid-May. The person had been a resident of Lutheran Village for four days, and the incubation period for the disease is two to 10 days, so it was unclear where and when the resident had been exposed to the Legionella bacteria. Nonetheless, Albin said, the community contacted the local water department and Legionnaires’ expert Janet Stout, Ph.D., a research associate professor at the University of Pittsburgh. Stout advised the community to treat the water system in the resident’s building while it waited for the results of tests of the water, a process that can take up to two weeks.

The treatment was scheduled for June 13 but was moved up a day when the disease was confirmed in a second resident on June 11. At that point, Lutheran Village again followed the consultant’s advice to enact water restrictions as a precaution. “Those precautions were, no showering and … people should use bottled water for hygiene such as brushing their teeth and shaving,” Albin said.

Hyperchlorination is a time-intensive process, and Albin said the community is grateful for the approximately 40 volunteers who helped the effort progress more quickly than the 12 hours that had been anticipated.

“A person has to go to every place that water is tapped — every water fountain, every sink, every ice maker, every water dispenser in a refrigerator, every shower, the coffee machine, the soda fountain in the kitchen — and tag it that it can’t be used,” Albin said.

“They have these little strips that that they stick under the water,” Albin said. “They have to run the washing machines and the dishwashers in every unit, even the squirters in the sinks.”

Lutheran Village is providing free bottled water and hosting daily happy hours where residents can socialize, and it also is providing complimentary meals with bottled iced tea and lemonade, because food selections are limited due to the restrictions. “They can’t use the grill, because you use water to clean the grill and it emits steam when they do that,” for instance, Albin said. Dinners include foods that don’t require water for preparation or clean-up, and food is being served and eaten using plastic and paper products.

Monday night or Tuesday morning, the community expected a trailer with portable showers to arrive for resident use. “Residents have been fantastic,” Albin said, but have expressed that the lack of the ability to bathe has been the biggest inconvenience.

Lutheran Village also reserved a block of rooms at a nearby hotel for residents who did not want to stay at the community during the water restrictions, she said, although only one has accepted the offer. “We actually had another resident at a hotel, but they returned today, saying they just wanted to be at home,” Albin said.

Throughout the experience, she said, Lutheran Village has kept residents informed of its actions by posting notices in common areas, having information available at the front desk, distributing flyers door-to-door, using its “phone tree” system, and sending emails and texts to residents for whom such contact information is available.

“We provided them with fact sheets about Legionella — what it is, what Legionnaires’ is — so that they could understand what it means, and advised them, ‘If you have these symptoms or pneumonia or anything of that nature, you should contact your physician and ask if you should be tested,’ ” Albin said.

The community also has arranged for Stout to come to speak to residents on Wednesday. “She can explain all about Legionnaires’ and Legionella, and they can ask questions,” she said.

Albin said that restrictions could be in place for a week or more, until the state and county health departments have completed their investigations and are satisfied that the hyperchlorination has been effective. Officials have not identified a source or sources of the bacteria that sickened the two residents, nor have they discovered whether the two cases are related, Albin said.

According to the CDC, common sources of building-associated Legionnaires’ disease outbreaks are drinkable water, such as water used for showering; cooling towers that are part of large air conditioning systems; hot tubs; industrial equipment; and decorative fountain/water features.

Lutheran Village has been open only four months, but the experiences of long-term employees who have worked at its 35-year-old sister campus, Carroll Lutheran Village in Westminster, MD, have helped in this situation, Albin said. Staff members previously had worked in emergencies such as blizzards as well as on occasions when the municipal water system had to be shut down to address maintenance or other issues.

“We have experience on how to notify people,” she said.

Albin’s advice for other senior living communities? Read the CDC recommendations and review your own procedures.

“Prevention is worth a pound of cure,” she said. “It’s always a good idea, when you hear of something like this, to take a look at your own procedures and what you are doing … and see if there are any risk factors that you need to be taking action on.”

Photo from the Lutheran Village at Miller’s Grant YouTube page. The video is dated March 1. The community opened in February.

July 12 update: The Howard County Health Department has lifted water restrictions at Lutheran Village at Miller’s Grant, according to the Baltimore Sun. Ultimately, three residents were found to have Legionnaires’ disease. The source of the disease was not found, but testing after the water was treated indicates that the water is now safe to use for drinking, cooking, bathing and other purposes.

Disaster preparedness Legionnaires' Lois A. Bowers
Next post in News 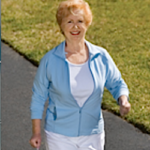