Leaders of organizations representing operators and others in senior living say they look forward to working with President-elect Donald J. Trump and members of his administration to advance causes important to the industry and the people associated with it.

“We are optimistic he will approach issues such as tax reform, immigration, labor and regulatory initiatives with a keen sense of the impact on the industry, its workforce and the senior residents in our communities,” she said, adding: “It is very likely his administration will take action to repeal some of the onerous Obama administration regulations that impact our members, such as the Department of Labor overtime rules and the National Labor Relations Board’s overreach, as well as Centers for Medicare & Medicaid Services’ restrictions on arbitration. We look forward to supporting those efforts.”

“Throughout the election cycle, we have remained nonpartisan but extremely vocal about the needs of all older adults regardless of political affiliation or socioeconomic status,” she said. “Now that the election is over, we urge the new administration to protect America’s seniors and the services they need.”

The priorities most critical to the aging population, according to LeadingAge, are increasing the supply of affordable senior housing, finding solutions to funding long-term services and supports, addressing payment reform and solving workforce-related challenges.

“There is a lot of work that we must do together to ensure that our aging population can grow old with dignity and respect,” Sloan said. “We can do our small part by forging relationships that will lead to trust so we can develop policies that address the most essential issues for our aging society.”

The American Health Care Association and National Center for Assisted Living said it looked forward to working with the new federal regime on issues such as Medicare and Medicaid. Although the programs were not a primary focus of the election cycle, said AHCA/NCAL President and CEO Mark Parkinson, “Our profession stands with this Administration, the House and Senate in a pledged commitment to help this nation’s elected leaders address and solve these critically important issues. Our nation’s frail, elderly and disabled are counting on us.  Working together, I know we are up for the job.”

Before the election, NCAL Executive Director Scott Tittle had told McKnight’s Senior Living that a Republican administration could influence what happens with the Government Accountability Office study of Medicaid in assisted living that is expected to be completed by early next year.

“If we have a Republican-controlled Congress, supplemental payments and Medicaid reform could very well be on the table, and … there will be some potential challenges for Medicaid reimbursement in the future” with respect to home- and community-based services, he had added.

In the third presidential debate, Trump said he would cut taxes and rely on the growth of the economy to fund both the Medicare and Social Security programs. He also said he would lower healthcare costs by repealing the Affordable Care Act. His campaign website contains additional information on his positions related to healthcare and the economy.

Argentum President and CEO James Balda said that his organization remains focused on government at the state level.

“In the current post-election environment, Argentum is working with our state partners to evaluate the impact of new state legislatures, governors and attorneys general on our senior living legislative and regulatory agendas,” he said.

Republicans will control both chambers of the legislature in the majority of the states, Balda noted, adding that Republican attorneys general hold 29 state offices, the largest majority in recent history.

Argentum will be keeping an eye on recently passed ballot measures related to states’ minimum wage levels, medical marijuana and end-of-life issues, among other topics, he said. 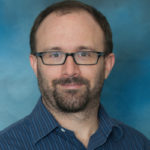