Bookmark this article for the future, when you’re looking for a robot to assist staff and residents.

Newly published research in the International Journal of Human-Computer Studies indicates that senior living communities will want to choose the type of robot they use based on the goals they seek to accomplish with it.

Communities looking to help residents with everyday tasks, such as the dispensing of medication, will want robots that convey a cheerful demeanor, according to the study, which was conducted by researchers in the United States, Singapore and Hong Kong.

If, however, communities wish to offer emotional support to residents by having a robot serve as a friend or pet, then they will want a robot that conveys a more serious demeanor.

The investigators reached their conclusions after studying how 51 residents at a Central Pennsylvania retirement home reacted to serious and cheerful robots performing assistant and companion tasks. Two vocal recordings were used to manipulate robots’ perceived demeanors. A higher-pitched voice was considered more playful, whereas a voice deemed to be serious had limited changes in inflection and tone. 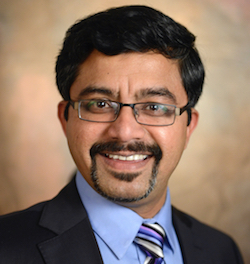 “We were actually surprised to find out that they wanted companion robots to be serious and assistant robots to be playful,” said lead author S. Shyam Sundar, Ph.D. (pictured), the Distinguished Professor of Communications and co-director of the Media Effects Research Laboratory at Pennsylvania State University. “But it’s pretty clear from our data that a serious demeanor adds credibility to a companion robot, whereas a playful demeanor softens the tension when interacting with an assistant robot.”

From the February 01, 2017 Issue of McKnight's Senior Living