The senior living industry is leading corporate America in mandating COVID-19 vaccination, according to the Wall Street Journal.

As a result, some say, the industry is being hammered by increasing labor costs, and workforce shortages around since pre-pandemic days are intensifying. But some operators that implemented a vaccination requirement say that the staffing fallout isn’t as bad as they anticipated.

American Seniors Housing Association President David Schless told McKnight’s Senior Living that data the association collected from operators in early to mid-August found that 44% of companies that have implemented a mandate experienced a 1% to 3% loss of staff members who declined inoculation. He also said 6% of respondents reported not losing any staff members as a result of a vaccine requirement.

Five Star Senior Living told the Wall Street Journal that approximately 7% of its staff members resigned after the company instituted a vaccine mandate earlier this year.

LeadingAge said that although it doesn’t have any hard data on the effects of inoculation mandates on community staffing levels, members have many concerns about potential employee loss.

A LeadingAge spokeswoman told McKnight’s Senior Living that some members who were among the first to institute vaccine requirements reported losing very few staff members. Others have adopted mandates, but they are not yet in force.

Argentum President and CEO James Balda told McKnight’s Senior Living that surveys show that staff member vaccination is increasing steadily — whether mandatory or not — with almost eight out of 10 staff taking the shot and more than nine out of 10 senior living residents doing so.

“Nearly one out of three employees are covered by a vaccine mandate. That’s up from roughly one in 10 just a few months ago,” Balda said. “Of the remaining companies, nearly half say they’re considering a mandatory vaccine policy.”

In previous Argentum surveys, according to Balda, employers said they were expecting staff turnover from mandates to range between 5% and 10%. In the August survey, 82% reported that turnover has been about what they expected or lower.

The latest executive survey from the National Investment Center for Seniors Housing & Care found that the percentage of senior housing and skilled nursing providers reporting that they definitely or probably will institute a staff vaccine requirement jumped from 21% in the June / July timeframe to 39% in the latest survey. The number of operators saying they definitely or probably will not institute a mandate fell from 54% to 37% in the same timeframe.

All of the responding organizations in the NIC survey indicated that they were experiencing staffing shortages. The majority of operators indicated that attracting community and caregiving staff members (51%) and staff turnover (30%) were their top challenges. In addition, all respondents said they are paying staff members overtime — up from 76% in early October 2020 — and 84% of operators said they are using agency / temporary staff.

At Meridian Senior Living, which mandated vaccinations for its 2,658 U.S. employees by Sept. 17, no one has been actively discharged, and the company is “evaluating every request for accommodations individually and attempting to find creative ways to keep them employed,” a spokeswoman told McKnight’s Senior Living. Approximately one-third of its workforce has sought accommodations.

Meridian’s staff vaccination rate sits at 55%, with a goal of closer to 80% to “bolster herd immunity.” The spokeswoman said that even with a 35% employee inoculation rate, the company averaged only five resident COVID-19 cases across 75 communities for several months. And although the delta variant is “causing some issues,” the operator is not seeing acute spikes as it did in 2020 and early 2021.

“Unfortunately, the mandate coincided with the delta variant spike,” the spokeswoman said. “This is why we are taking careful steps on the enforcement of the policy.”

Aegis Living announced a vaccine requirement for employees in April, with a deadline of July 1. The company said it has nearly 100% employee participation and unvaccinated staff members have medical or religious exemptions. A company spokeswoman said Aegis had “minimal attrition” from the mandate, losing approximately 100 of its 2,600 employees.

“As a healthcare organization caring for some of our most vulnerable older adults, mandating the COVID-19 vaccine for our entire staff is our moral and social obligation,” Aegis Living founder and CEO Dwayne J. Clark told McKnight’s Senior Living. “Mandating vaccines cannot be done hastily or in a vacuum. This must be a concerted team effort, centered on education, empathy and trust among all involved. Our efforts have been successful because of this.”

Unvaccinated employees must adhere to increased safety and infection control protocols, including masks, shields, routine testing and restrictions on dining and congregating.

Atria Senior Living announced its staff vaccine mandate in January. Today, its U.S. employee vaccination rate is 99%. A company spokesman said out of its 10,000 employees, less than 5% (439) chose not to stay with the company specifically over the vaccine decision.

“The overwhelming majority of our staff understood the imperative to get the vaccine. We believe our residents deserve to live in a vaccinated environment, and our staff deserve to work in a vaccinated environment,” the spokesman told McKnight’s Senior Living. “Staffing is a challenge for everyone in the industry now, but we believe our leadership position on the vaccine has been good for both retaining and attracting staff.”

Five Star Senior Living announced on June 1 that it was making COVID-19 vaccination a condition of employment for all workers in Five Star communities and Ageility clinics effective Sept. 1.

“We are pleased and proud of the overwhelming number who pushed up their sleeves and received the vaccine,” a Five Star spokeswoman told McKnight’s Senior Living.

Juniper Communities founder and CEO Lynne Katzmann, Ph.D., told McKnight’s Senior Living that the company lost 40 people (2% of its workforce) due to its COVID vaccine requirement. Employment applications actually increased after the company announced that COVID-19 vaccination was a condition of employment, she added.

Brookdale Senior Living announced a vaccine mandate for its associates in early August, though the company did not share a deadline for staff vaccinations. A spokeswoman told McKnight’s Senior Living that the majority of its associates are already vaccinated, but it implemented a mandate to increase those numbers.

“Our residents and families trust us, and this is an extension of that,” the spokeswoman said. “We are phasing in the vaccine requirement so that we can reduce the potential short-term impact. We studied the situation and saw what others have faced with similar requirements and have plans in place to address possible changes in staffing.”

The spokeswoman added that Brookdale actually has seen an increase in applicants for open positions since announcing its vaccine mandate.

Silverado, which announced its staff vaccine mandate in March, told McKnight’s Senior Living that it didn’t lose any staff over the mandate and “we did attract new applicants who desired to work in a safe environment.”

“While most assisted living staff are vaccinated, this will further reinforce the safe and healthy environment that high rates of vaccination and robust infection control policies have helped us achieve,” Mass–ALA President and CEO Brian Doherty said. “Many assisted living providers have proactively mandated the vaccine for their staff, and we thank the state for leveling the playing field to ensure that all staff are subject to vaccine mandates, which will help keep residents safe and healthy while also stabilizing the workforce.”

Other states and territories requiring employees of assisted living and other long-term care and healthcare facilities to get a COVID-19 vaccination include California, Colorado, Connecticut, Delaware, Maine, New Jersey, New York, Oregon, Puerto Rico and Washington.

On Tuesday, Presbyterian Communities of South Carolina became the latest provider announcing an inoculation requirement for the nearly 1,000 employees at its six communities. President and CEO Franklin Fant said the decision came down to a surge in cases in South Carolina, Food and Drug Administration approval of the Pfizer–BioNTech vaccine, and a White House mandate for all nursing home workers.

“It is our calling — to create the safest and most caring environment we can for vulnerable older adults,” Fant said in a release. “This now includes being vaccinated. Virtually every resident that can be vaccinated has been. Because we essentially work in their home, now it is our turn.”

PCSC staff members must receive their first dose by Sept. 27 and be fully vaccinated by Oct. 29. 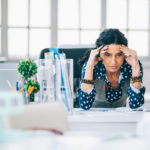