The results of some Brookdale Senior Living initiatives under way now could prove useful to other assisted living operators who are considering integrating health services into their offerings, Brookdale Chief Medical Officer Kevin O’Neil, M.D., told those attending a session at the National Investment Center for Seniors Housing & Care’s 2016 Senior Investment Forum.

“I’m a firm believer in what I like to call coopetition,” O’Neil said in a separate interview with McKnight’s Senior Living. “We can address each other’s strengths and weaknesses and work collaboratively together.” In doing so, he added, operators can improve the national perception of skilled nursing facilities and assisted living communities. 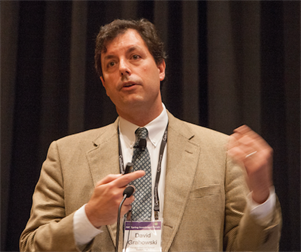 One such challenge is payment. “We’re continuing to see lots of innovation at the delivery level, but in order for this to be sustainable, we need to integrate both the delivery and the payments,” Grabowski (pictured), a healthcare policy professor at Harvard Medical School, told McKnight’s Senior Living. “That’s what’s starting to happen, which is incredibly exciting.”

Another challenge comes from those — inside as well as outside the seniors housing and care industry — who believe that some older adults would be better off receiving care in a skilled nursing facility rather than through an assisted living community. O’Neil, however, said that data being collected will tell the story about the level of care that people need under various conditions as well as the outcomes of the care they receive in various settings. “The reality is that we’ll see decisions being made about where is the most appropriate environment that’s going to generate good outcomes for less cost,” O’Neil said.

Another concern? External regulation and liability will increase under these new models, Grabowski said. But senior living leaders can’t bury their heads in the sand, O’Neil said. Most assisted living residents are Medicare beneficiaries, so CMS is aware that they are consuming Medicare dollars, he said. Also, the U.S. Government Accountability Office has said that assisted living needs to reduce the off-label use of antipsychotic medications for residents with dementia. If the industry doesn’t find a way to address such issues at the state level, then the federal government will step in, O’Neil said.

Another challenge will come from inside the industry. “You hear this a lot, that people worry that with more healthcare comes ‘overmedicalization’ of senior living,” Grabowski said. “I don’t think that has to be the case at all. In fact, I would think it’s very person-centered. If I’m offering you some access to primary care that keeps you out of the ED and ultimately keeps you out of the hospital, that sounds more person-centered than allowing you to fall or allowing you to incur a major health event that ultimately leads to a functional decline.”

On balance, Grabowski said, the new model offers benefits for those who chose it. “For those who want to pursue this new model that integrates some healthcare services, I see incredible potential,” he said. “It’s not to say it’s going to be easy … but I do think this world is going to continue to change pretty dramatically. As Medicare continues to think about paying on a global or accountable basis, this is a real area of opportunity, given the high disease burden.”

When the dust settles, O’Neil said, two models of assisted living may arise: one in which communities are part of the post-acute healthcare continuum and one in which communities adhere to the existing social model. The latter communities, however, still could be involved in healthcare, not by providing services themselves but by working with clinicians and other providers to make such services available to residents, he added. 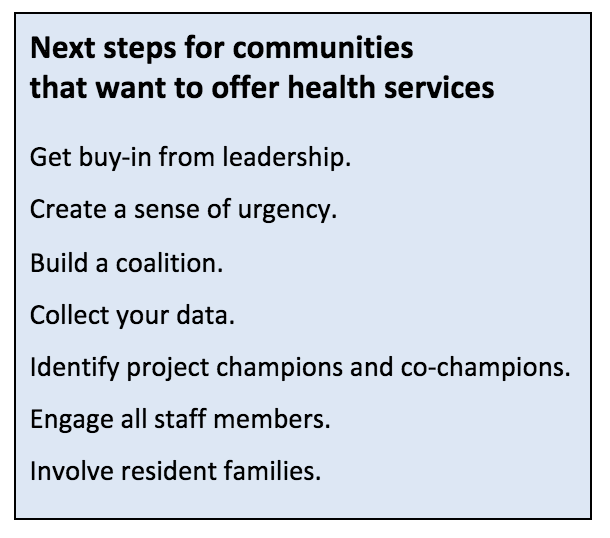 “Assisted living grew out of the hospitality environment. Everyone wants to continue to focus on overall wellness because we all know that our overall wellness and even our health outcomes are not just dependent on physical issues. It’s the social and emotional and spiritual and having a sense of purpose in one’s life,” he said. “All of those things are very important. Programming should continue to focus on that.”