Expanded efforts to understand and treat Alzheimer’s disease will be essential to unlocking its cure, according to experts at a national summit.

Among the tools they recommended are targeted therapies, analytics and an improved research infrastructure.

Attendees at last week’s National Institutes of Health summit on Alzheimer’s disease also called for better collaboration between various stakeholders, novel therapeutics development and a greater understanding of the disease and its characteristics.

“This is a critical time in Alzheimer’s research,” NIH Director Richard J. Hodes said. The summit attracted experts from government, academia, industry and nonprofit organizations. Its purpose was to help develop an Alzheimer’s cure roadmap.

Alzheimer’s is the nation’s most expensive disease, with an annual cost of more than $275 billion, according to the Alzheimer’s Association. People with Alzheimer’s and other memory impairments are the fastest-growing resident cohort in senior living. 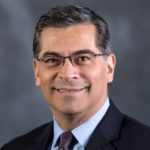