Researchers at the University of California San Diego have identified several characteristics and design guidelines for robots to support people living with dementia and their caregivers.

The list was derived from interviews and hands-on workshops at adult day centers for those with dementia. Researchers interviewed 13 family caregivers for people with various types of dementia, five social workers who led the day centers, and three geriatric nursing students who work at the centers.

“Caregivers conceived of robots not only managing difficult aspects of caregiving, but also for supporting joyful and fun activities,” said Laurel Riek, Ph.D., a professor of computer science at the university and the resulting paper’s senior author.

Robots, according to the study, should:

The researchers presented their findings at the Human Robot Interaction conference in March in South Korea. 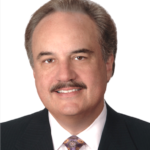