Sunrise topped the list in the J.D. Power 2018 Senior Living Satisfaction Study, scoring 802 out of 1,000 points based on independent and assisted living resident and family satisfaction ratings in six areas: caregiver and staff; services and activities; cost, given services; rooms, building and grounds; food and beverage; and service setup and new resident orientation.

“We are proud that this J.D. Power study, which captures the voice of senior living customers across the country, demonstrates that we are successfully delivering on our customer-centric mission,” Sunrise CEO Chris Winkle said.

Holiday scored 792, and Capital scored 780. Tallies for all three companies were above the study’s average score of 764. 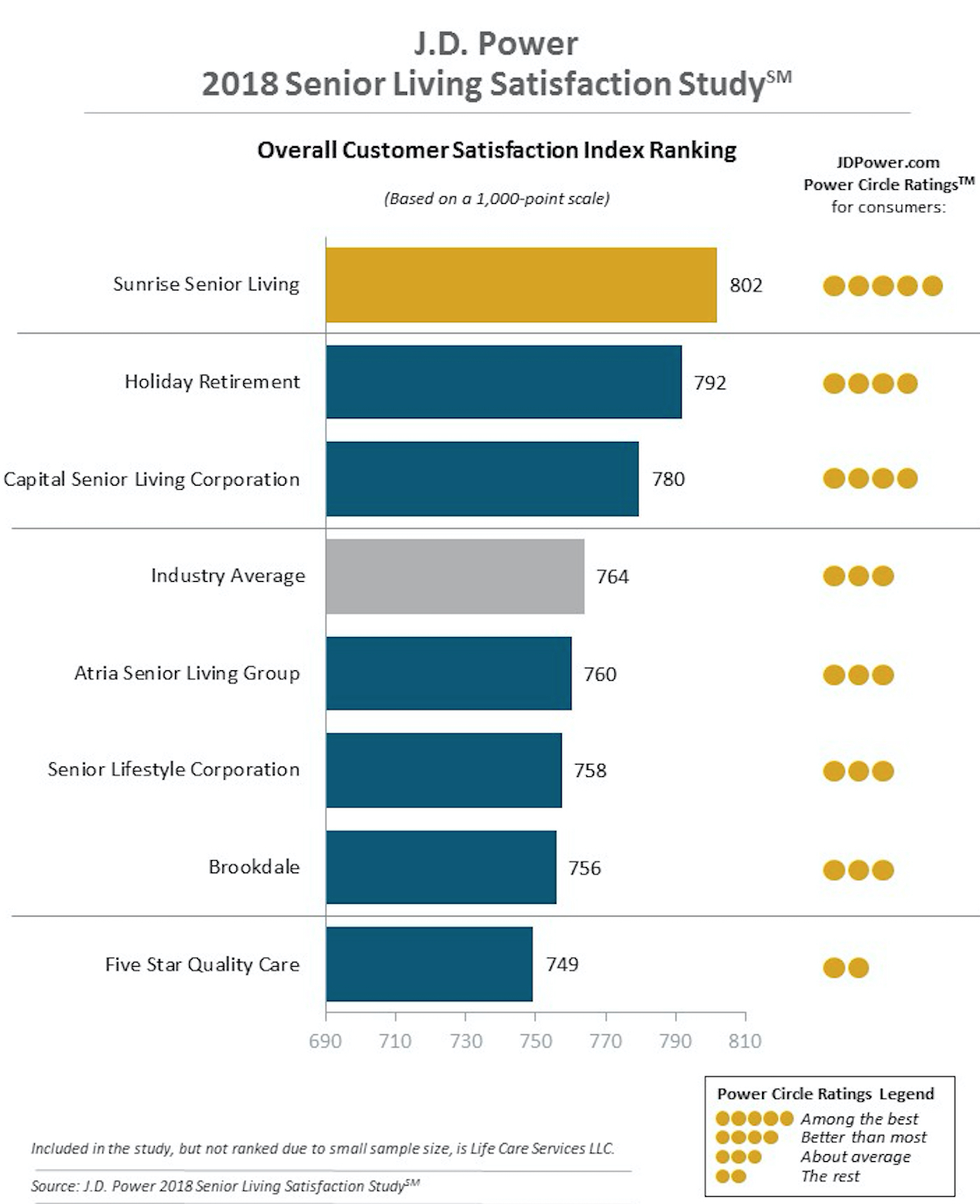 Life Care Services also was studied, but the sample size was too small for the company to be ranked, according to J.D. Power.

The research firm started designing the survey in 2016, Truex said. “We received data from a third-party source indicating that the senior living industry is approaching $56.1 billion in revenue and a compounded annual growth rate of 4.7%,” he said. “J.D. Power, this industry, its brands and consumers needed standardized performance metrics to improve performance and provide more transparency.”

General findings of the survey, according to J.D. Power:

From October to December 2017, J.D. Power surveyed 2,539 residents (and individuals who make decisions on their behalf, such as spouses, siblings, adult children and friends) living in independent and assisted living within the past five years. A Place for Mom served as one sample source to collect responses, Truex said, but the survey was independently administered by J.D. Power. (When survey-takers were asked about referral services, those who had used A Place for Mom were excluded from the question to avoid introducing bias, J.D. Power said.)

J.D. Power plans to conduct the study again next year, he said, adding that the response to this year’s effort has been “overwhelming” and “positive.”