It’s a rare day when we don’t get a new press release touting the latest property merger or acquisition. Virtually all of them tend to memorialize participants who are trying to move up or move on.

But every now and then an announcement comes along that reveals a fundamental shift. Actually, we’ve seen three lately.

The first was Brookdale Senior Living’s acquisition of Emeritus Corp. What makes this deal notable — besides the huge sum involved — is its strategic implication. Brookdale aims to discredit the traditional notion that senior living is not scalable. More to the point, it wants to do something that has never been done before: become a nationally recognized senior living brand.

The second development is still in flux. Kindred Healthcare has launched a hostile takeover bid in an effort to add one of the nation’s largest homecare companies to its rapidly expanding portfolio.

The current management at Gentiva Health Services is dead-set against the move, so the outcome here is hardly settled. Regardless, there’s no denying the fact that a company that cut its teeth as a skilled care chain is now trying to become a homecare operator. Ten years ago, that move would have been laughed at. Now it’s increasingly being seen as an essential strategic adjustment.

Then there’s real estate investment trust giant Ventas. The firm took another big step toward bolstering its private-pay assets when it announced it would acquire American Realty Capital Healthcare Trust for $2.6 billion in cash and stock. The transaction is expected to be finalized later this year.

If/when the deal is consummated, Ventas will become the nation’s largest health REIT, and a global leader in senior living.

So, what are we to make of these moves? The obvious implication is that the bigs are getting bigger. But scale is only part of the story. They are also becoming titans that truly offer a diversified continuum of services.

Will such departures from the old ways work? Billions of dollars are backing up the proposition that they will. Regardless, the future is clear: Titans with capital will be doing everything possible to corner the senior living sector.

As for operators not running with the elephants? Let’s just say the so-called mom-and-pops may give “cottage industry” a whole new meaning.

If you are reasonably confident that the old ways of doing things will continue be successful going forward, these shifts should give you a reason to think again. As never before, change is in the air.

From the August 01, 2014 Issue of McKnight's Senior Living 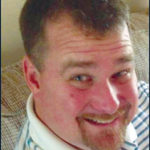 The importance of planning ahead