As a bill that would enable assisted living residents or their representatives to install cameras in their rooms moves through the legislative process in Utah, advocates for providers and residents both agree that it is not the ultimate solution for addressing incidents of theft, abuse and neglect that lead some lawmakers and consumers to pursue such measures in the first place.

State Rep. Timothy D. Hawkes, a Republican, tells McKnight’s Senior Living that he introduced H.R. 124 at the request of his predecessor, Rep. Roger Barrus, whose similar bill in 2014 did not become law. Hawkes’ bill would allow video and audio monitoring equipment to be used in resident rooms as long as the assisted living community has been given advance notice as well as details about the technology and its intended placement. Communities could not refuse to accept, nor could they evict, a resident based on his or her camera request.

“I see it as a fairly limited tool that began as a preventive measure that provides some peace of mind and some security for those who want it, and not for those who don’t,” Hawkes says.

The bill, if passed, would be the first time in more than a decade, and only the second time overall, that legislators have passed such a law covering assisted living. Five states — Illinois, New Mexico, Oklahoma, Texas and Washington — have laws requiring nursing homes to grant resident requests to use surveillance equipment in resident living areas, and only Texas’ 2001 nursing home law, amended in 2003 to also apply to assisted living, currently applies specifically to device requests initiated by assisted living community residents or their families, according to Argentum, formerly the Assisted Living Federation of America.

Argentum has told McKnight’s Senior Living that it has privacy concerns related to the bill, but Hawkes says that provisions in his bill guard resident privacy. “The way that this bill gets at that is through notice and consent,” he says. Provisions in the bill, for instance, state that any roommates who would be affected by the installation request must approve. If the community desires, the resident or his or her representative also would be required to post a sign near the entrance to the room notifying people that the room contains a monitoring device. 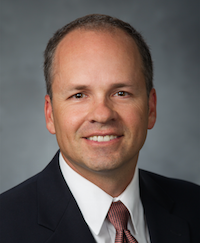 That sign would be a deterrent, Hawkes (pictured) says. “If you’re a criminal and somebody’s got one of those signs, you’re going to walk on by.”

Another H.R. 124 provision designed to mitigate privacy-related worries prohibits residents and families from using technology that is connected to the Internet or could be intercepted via radio frequency or some other form of broadcasting, Hawkes says.

As for industry concerns that room cameras would detract from the home-like atmosphere that is a defining characteristic of assisted living, Hawkes counters: “Nobody would try to tell you that you couldn’t put a camera in your home. For a lot of people who are in an assisted living facility, that’s as close to home as they have, and, effectively, what we have right now is no protection.”

The state House of Representatives Health and Human Services Committee debated the bill Monday and advanced it on a 9–1 vote, despite concerns from Rep. Rebecca Chavez-Houck, a Democrat, that it needs more work.

Hawkes says there’s a “reasonably good chance” that the legislation ultimately will pass. “Once people understand how limited the bill is, most of their concerns about privacy and those things go away,” he says.

The limitations of the bill concern Brian Lee, executive director of the nonprofit advocacy group Families for Better Care, based in Florida. “Who is going to enforce this law?” he asks, noting that language is absent from the legislation. 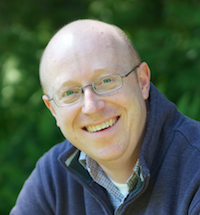 Although Lee (pictured) tells McKnight’s Senior Living that he supports the “groundbreaking” bill, his research and familiarity with the use of cameras in skilled nursing settings tell him that cameras are not necessarily the deterrent that legislators, residents and families hope them to be. Statistics related to abuse and neglect aren’t necessarily better in states where cameras are permitted in nursing home resident rooms, he says, adding, “I’ve heard from families who have had cameras in the rooms and have had notifications posted and the staff is aware of them. [The staff] will put a garment over it while they’re in the room helping the resident, or turn the camera around. It defeats the purpose.”

Still, Lee says, the bill brings clarity to the issue for all parties, and residents who want cameras should be able to have them. “Anything that can move us in a better trajectory as far as safer, quality care for residents, I’ll all for,” he says.

Cameras are only part of the equation, however, Lee adds. Pre-employment background checks and training after hire, two steps Argentum favors as alternatives to in-room monitoring devices, also are part of the solution to help ensure a high-quality workforce less likely to commit crimes against residents, he says.

The most important piece of the puzzle, Lee adds, is sufficient staffing. “The way to fix the problems in nursing homes and assisted living is enough staff to take care of the residents to prevent any kind of abuse or neglect,” he says.

Utah Health Care Association Director Dirk Anjewierden agrees that sufficient staffing is the best way to prevent criminal activity in assisted living. “That’s how we get away from situations of abuse and neglect,” he tells McKnight’s Senior Living. “It’s not to try to catch somebody doing something bad. It’s to try to hire the right people, who aren’t going to do it in the first place.”

Finding the right people is increasingly difficult, however, in Utah and across the country, Anjewierden says. “We don’t have enough nurses, and we don’t have enough certified nursing assistants. What we really need to do is focus on the workforce,” he says.

In the meantime, he says, the UHCA opposes H.R. 124 for several reasons. The organization, Anjewierden says, is concerned about assisted living resident privacy and also worries that the state legislature could move beyond assisted living to skilled nursing, where cameras might raise greater privacy concerns due to the higher prevalence of shared rooms.

“We also worry about CMS,” Anjewierden says, referring to the Centers for Medicare & Medicaid Services. “We worry that the more we quasi-institutionalize the environment of assisted living, the more CMS will look at it, and it could jeopardize some of our waiver programs” that enable residents who are Medicaid beneficiaries to be cared for in the community rather than having to move to a skilled nursing facility.

Camera footage also could be misconstrued, because a camera most likely would not be surveying an entire room, Anjewierden says. “If an aide comes in and picks up a pair of eyeglasses off the nightstand to put them away and they go missing, now somebody can see the footage of the aide picking up the eyeglasses but doesn’t see what she does with them, and because they’re missing, now we accuse someone of stealing those glasses,” he says.

Anjewierden hopes those arguments will be persuasive as he meets with Hawkes and others in the state legislature. UHCA, he notes, was successful in lobbying against similar bills in the past.

“We want to focus on improving the care, doing a better job, making sure the staff is doing what they should be doing,” he says. “That’s really where our efforts ought to be focused.”

The above article was published on Feb. 3, 2016. See our previous and subsequent coverage of this topic here: