Attracting consumers to senior living means creating the right product for the right market at the right price, according to the head of a market research firm speaking at the virtual Argentum Senior Living Executive Conference.

Margaret Wylde, Ph.D., CEO of ProMatura, based in Oxford, MS, said Wednesday that ensuring that everyone is living the lifestyle they want creates a “healthy organism.” What’s most critical, she added, is identifying what’s important in a community to prospective residents and residents, to make it feel like home, and understanding prospects’ timeframe for making a decision and moving.

Wylde shared ProMatura’s latest research on what future senior living consumers will look like — and what they will want — from senior living. Data are based on responses to a survey from a lead list of 131 participating member communities and a purchased list of 1,500 respondents.

Despite the news coverage of COVID-19, the majority of respondents have not changed their opinion of independent living since the onset of the pandemic. Those who indicated they had changed their opinion said it changed for the negative, and they gave reasons such as high numbers of COVID-19 cases and deaths, the risk of contracting the virus in group living settings and the undesirability of being confined to an apartment.

“COVID is definitely influencing negative opinions of independent living, and it’s probably not deserved at all,” Wylde said.

The lead list had the greatest proportion of respondents who said they found assisted losing communities very appealing. Those who rated assisted living as appealing listed the same COVID-19 concerns stated for independent living. Similar results were reported for memory care.

“Communication about how COVID is being handled within communities is going to be significantly important,” Wylde said.

“Communication about protections and how well you are doing in keeping people safe is very important,” Wylde said.

Breaking down the results for people who within the past year considered a move to independent living, assisted living or memory care, Wylde said the results suggest that prior to COVID-19, prospects were more likely to have taken action in moving to a retirement community. Pre-COVID, a higher proportion of prospects were looking at information, visiting communities, talking with sales professionals and contacting communities online. Today, more prospects are in the “thinking” stage.

Wylde also pointed out that the research indicated that community restrictions put in place as a result of COVID-19 had minimal effect on decisions to delay or no longer consider a move.

“Restrictions are not a bad thing, but it’s how they are communicated,” she said.

When prospects were asked what was necessary before they considered a move to a retirement community, the top essential requirements among all three levels of care and services were identifiable cleaning and disinfecting programs, as well as COVID-19 testing with rapid results accessible at communities. Another top essential component, they said, is access to telemedicine or an on-site physician.

Another key point from the research, Wylde said, is including current residents in marketing plans. Current residents for the first time came up as a trusted source of information, she said.

“The chit chat and chatter from residents and their family members in communities and the surrounding community is important,” Wylde said. 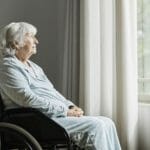