Who uses social media the most? Not millennials - McKnight's Senior Living

A new report from Nielsen provides insights into the use of social media platforms and the technology adults use to access them, perhaps offering food for thought on communicating with staff members and prospective residents and their families.

Data are from the third quarter of 2016. Download the full report here. 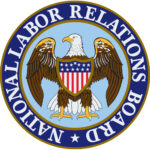