When people hear of those arrested of driving under the influence, they tend to picture young people. It’s assumed that the majority of people who are arrested for DUI are in their 20s and maybe too immature to have made better decisions, despite knowing the dangers of drinking and driving. The truth is that older Americans also often are arrested for DUI.

It is estimated that by the year 2030, just over 15% of American drivers will be aged 65 or more years. Although these members of the population have the lowest accident rates, they have the highest rate of accidents per mile driven. They also tend to sustain more serious injuries than younger drivers. Add alcohol to the mix, and drunk driving accidents may be even more severe.

As we age, our vision and other faculties begin to decline. It’s the natural course of life. What many people don’t know, however, is that as we age, our body’s ability to metabolize alcohol also changes. People aged more than 65 cannot drink in the same way as they did when they were 30 or even 40. It often takes only a drink or two before a senior may be charged with driving under the influence.

Alcohol consumed by anyone can exacerbate the effects of prescription medication. For seniors, who often take multiple medications, these effects can be even more dangerous. Mixing certain medications with alcohol can cause confusion, sleepiness and a lack of coordination.

The consumption of alcohol can worsen health problems. Alcohol use can increase the risk of cancer, it can damage the internal organs and it can increase the chance of damaging bones and muscles. Some already-present medical conditions can be made worse by alcohol. Seniors with congestive heart failure, memory problems and liver problems should not consume alcohol.

Alcohol also can make mental health issues worse. Because alcohol is a depressant, it can have a negative effect on anxiety, mood disorders and other mental health conditions. It also can impair alertness, concentration and memory. Unfortunately, those who drink too much alcohol often are not aware of the effect it can have on their cognitive abilities.

Those aged more than 65 should drink alcohol cautiously. This is especially true if the person already has medical conditions or is on any prescription medication. Even seniors who are healthy should refrain from the overconsumption of alcohol. Because there is typically less water in the body as we age, even just a single drink can exacerbate issues such as dehydration.

If you work with seniors in a residential community, there already may be rules in place regarding alcohol consumption. If not, consider suggesting some.

Regardless, before your residents consume any alcohol, consider checking with their doctors or families to ensure they can do so safely. Monitor their intake at community events, and be ready to cut them off when you need to. Doing so could save a life.

Steven Kellis, Esq., is a people’s advocate with 20 years of experience in DUI law, including a previously held position as a senior assistant district attorney. He may be contacted via http://www.pennsylvania-dui-lawyer.com. 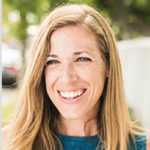 The real crisis in senior housing