Robin R. Somers, NHA, CPASRM, has been named president and CEO of Broadmead, a life plan community in Cockeysville, MD.

Somers has been Broadmead’s chief operating officer for the past five years. She came to Broadmead with more than two decades of experience in the senior living industry, overseeing operations of assisted living, retirement communities, adult day medical care and comprehensive skilled nursing care.

“Becky was with us from 2013 until 2016, a key time in the company’s growth, and we are excited to have her rejoining the team,” Diversicare President and CEO Jay McKnight said. “She has extensive experience in our industry and has held key leadership positions in nursing home operations, therapy, compliance, reimbursement and other related areas of long-term care.”

Bodie is an occupational therapist and a licensed nursing home administrator.

Bodie is taking over the position from former COO Leslie Campbell, who is resigning effective March 31.

“Leslie has been an integral part of our company, a consistent leader of her team and a great partner to me in my roles as chief financial officer and now CEO,” McKnight said. “We greatly appreciate the fact that Leslie has continued with us through the conclusion of our government matter — a matter that originated before she or I joined the company. Personally and on behalf of our board, we thank Leslie for everything she has done for Diversicare and we wish her all the best in her next opportunity.”

Kara Allread has been promoted to senior vice president and chief administrative officer.

Allread graduated from Muskingum University, New Concord, OH, with a degree in public affairs and sociology; she also has an aging specialist professional certification.

Holly Hill has been promoted to vice president and chief marketing officer.

Hill graduated from Miami University, Oxford, OH, with a degree in sociology and a minor in gerontology.

Carl Eubank has been promoted to vice president and chief financial officer.

Eubank joined Brethren Retirement Community in 2002, bringing 25 years of experience in healthcare billing and collections. He is a graduate of Wright State University, Dayton, OH, with a degree in management.

Brooke Saxon-Spencer has been named vice president of sales and marketing at Portland, OR-based Radiant Senior Living. She will oversee the sales and marketing efforts for the company’s 19 independent living, assisted living and memory care communities, located in six western states.

Saxon-Spencer began her professional career as the marketing director at a long-term care community in suburban Chicago founded by her grandfather and owned and operated by her family. There, she continued to grow into an executive leadership role as a licensed nursing home administrator.

In addition to her skilled nursing experience, Saxon-Spencer has served as the national director of admissions and customer experience for Covenant Living Communities and Services, where she supported 13 continuing care retirement communities throughout the country.

Saxon-Spencer has a degree in photography, graphic design and creative writing from Wheaton College, Wheaton, IL. She is also the founder, editor-in-chief and creative director of Belong Magazine, a digital and print magazine for creative and entrepreneurial women.

Friendship welcomes back Susan O’Malley as administrator of assisted living

Susan O’Malley has returned to Friendship in Roanoke, VA, to serve as administrator for assisted living. She held the same role from 2005 to 2012.

O’Malley has been a registered nurse since 1982 in various areas. A graduate of Virginia Baptist Hospital School of Nursing, O’Malley was named Assisted Living Administrator of the Year by the Virginia Health Care Association in 2012. She also oversaw a team that achieved the Silver Quality Award from the American Health Care Association / National Center for Assisted Living for excellence in patient/ resident care and outcomes.

Tim Ficker has returned permanently to the role of executive director at Cypress Cove at HealthPark Florida, Fort Myers, after a six-year absence.  He will have accountability and oversight for Cypress Cove and will provide support in organizational strategic planning and operations analysis.

Ficker returned to the life plan community in an interim capacity this past October and recently agreed to remain in the post. He last held the role from 2009 to 2013.

Over the past 25 years, Ficker has worked for Erickson Living and Shell Point Retirement Community. In 2013, he founded a consulting and coaching firm, TDF Resources, and since has served with MHS and Trilogy Consulting as a managing director. Ficker recently was interim executive director at University Village in Tampa and assisted in a bankruptcy reemergence.

Ficker earned his undergraduate degree in history and urban studies from Denison University, Granville, OH, and a master’s degree in theology from Fuller Theological Seminary.

Nicole Vicuna of Joliet has been named the new executive director at Victory Centre of Joliet, a Pathway to Living senior living community in Joliet, IL.

Edward Esguerra has been named memory care director at The Farrington at Tanglewood, a Pegasus Senior Living assisted living and memory care community in Houston.

Esguerra has been working in the senior living industry since he was 15 years old, becoming interested in dementia care when he played saxophone with the church choir at a memory care community during the holiday season.

Since then, he has been recognized with an Argentum 2015 Best of the Best Award and the Texas Assisted Living Association’s Hero Award and has worked alongside the mayor of Houston and city council to honor the residents he serves. His initiatives have been featured on local outlets like the Houston Chronicle and CW39.

In January, Esguerra started a Dementia Friendly chapter in Houston, part of a national organization that aims to educate and bring awareness to communities to support families living with dementia. He also serves on the board for the Elder Service Providers’ Network.

Garrett Byrd has been named director of sales and marketing at Maple Court Senior Living, an Integral Senior Living community in Powell, TN.

Byrd comes to Maple Court with more than four years of experience in the healthcare industry. He also was the caregiver for his grandmother, who lived with Alzheimer’s disease, for approximately eight years.

Acts Retirement-Life Communities had added William Reynolds and Michael Kelly to its board of directors.

Reynolds is a resident of The Evergreens, an Acts community in Moorestown, NJ. He was a teacher and administrator in public and private schools and at the University of Pennsylvania before a more than 20-year career as founder and senior partner in Reynolds & Schaeffer Associates, a management and consulting firm that specialized in working primarily with not-for-profit organizations in health, human services and education.

In 1997, after retiring from Reynolds & Schaeffer, he returned to academia to start the Center for Management and Entrepreneurship at Rutgers School of Business in Camden, NJ, where he served as the center’s executive director until retiring in 2010.

Reynolds holds a doctorate in management from the University of Pennsylvania, a master’s degree from Harvard University and an undergraduate degree from Lafayette College.

Kelly has an undergraduate degree from Davidson College and a law degree from Vanderbilt University.

LeadingAge Maryland announces Allison Cibrowski as next president and CEO

Allison Ciborowski will become the next president and CEO of LeadingAge Maryland on March 30.

She has been on staff with LeadingAge Maryland as director of member relations since 2018, where she has led the expansion and development of many educational, leadership development and peer-networking initiatives.

Ciborowski brings to the role more than 10 years of experience in the field of aging services in a variety of nonprofit settings. She has been actively involved with LeadingAge Maryland since its founding seven years ago, having worked previously for a nonprofit member organization.

Ciborowski will succeed Jill Schumann, founding president and CEO, who will retire April 30.

The American College of Health Care Administrators has announced the inaugural inductees into its Hall of Fame, who will be feted at a May 5 dinner at the ACHCA Annual Convocation & Exposition in New Orleans:

Additionally, Theodore E. Hawkins, Alton E. Barlow, Rev. Carl A. Becker and Kenneth R. Nelson Jr. will be recognized posthumously for their leadership and vision for a professional community that supports the administrator.

The ACHCA Hall of Fame recognizes individuals deemed to have made significant contributions to the organization over an extended period of time, or for a unique and lasting contribution to the college. To be eligible for consideration, individuals must have been a member of ACHCA for at least 15 years and have attained fellow status. Additionally, nominated candidates must have served the organization in leadership roles and contributed to its success in a variety of ways.

No more than four candidates will be elected to the Hall of Fame each year. A permanent online recognition will be maintained on the ACHCA website, and a permanent plaque with members of the Hall of Fame will be exhibited at the organization’s annual convocation.

Mary Schafer has been promoted to the role of senior vice president, people and culture, at Boston-based Seniorlink, a tech-enabled health services company.

Schafer, who has been with Seniorlink since 2016, has been the company as director of human resources and, most recently, vice president, people and culture, leading Seniorlink’s human resources department. In her enhanced role, she will spearhead the creation and implementation of leadership development programs to prepare Seniorlink employees for nationwide growth as the company expands its available services and technologies. Schafer plans to prioritize the expansion of Seniorlink’s in-house leadership development and executive-level coaching programs.

Before joining Seniorlink, Schafer worked for more than two decades at Harvard Pilgrim Health Care in human resources and employee relations, rising to the position of director and working as part of the senior leadership team to execute on the organization’s vision and strategy.

Dragovits has more than 30 years of experience as a healthcare and healthcare IT executive, including roles as vice president at Cerner Corp. and Allscripts. A former U.S. Navy officer and a certified public accountant, he has graduate and undergraduate degrees from Rice University.

Gail Peterson has been promoted to senior vice president of global marketing and communications at St. Paul, MN-based Ecolab.

Peterson has an undergraduate degree in psychology from Princeton University and an MBA from Harvard Business School.

William R. Epp III has been named president of North Quincy, MA-based JACA Architects, a healthcare-exclusive architectural firm focused on improving healthcare by design. Tony Cavallaro, who founded JACA Architects in 1991, will continue to serve as chief executive officer in an advisory capacity, working closely with Epp and the team to guide JACA’s direction.

Epp’s promotion is a result of a recent restructuring within the 29-year-old firm, meant to position the firm to build on and further strengthen JACA’s focus on the exclusive design of healthcare and medical facilities. Under the new organizational plan, Epp will oversee much of the firm’s day-to-day operations and help plan the firm’s future growth and expansion.

Also under this restructuring plan, Matthew Bluette will be promoted to the role of principal and serve as part of the firm’s management team.

Epp began his career in architecture more than 20 years ago when he joined JACA Architects; most recently, he held the post of associate principal. He attended Massasoit Community College and Boston Architectural College and is a member of the New England Healthcare Engineers Society. 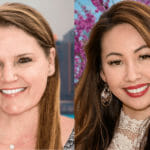