In his new role, he will oversee the sales organization at the second-largest seniors housing organization in the United States, helping to build high-performance teams tasked with increasing and expanding the company’s business. Wigginton will be part of Holiday’s executive team.

He brings more than 25 years of executive experience in direct sales and sales management, having most recently worked at Atria Senior Living, where he was senior vice president of sales, marketing and creative for four years. 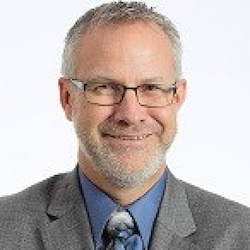 He will succeed Ray Rabidoux, who is retiring after 18 years at the helm and a career in the senior services spanning more than 43 years.

Vander Slik’s priorities during his first few months will include establishing a firm foundation of relationships with residents, staff and board members as well as reaching out to local business and health system leaders in the local markets.

Vander Slik comes to Glacier Hills from Porter Hills Retirement Communities and Services in Grand Rapids, MI, where he served in executive positions since 2004, most recently as chief operating officer. Before his tenure for Porter Hills, he held several financial executive positions over a 22-year period, in both domestic and international settings. 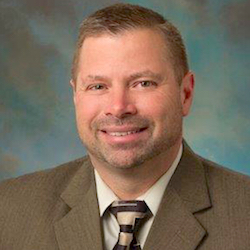 Joy began his Via Christi career 24 years ago as a staff accountant at Via Christi Hospital in Pittsburg, KS. He went on to serve as controller, supply chain director, and most recently, vice president of finance. His accomplishments have included working on the expansion of Via Christi’s surgery center in Pittsburg and the renovation of the hospital’s patient tower.

Via Christi owns or manages nine senior living communities in Kansas and Oklahoma, offering independent living in single homes and apartments, assisted living, memory care, and skilled nursing at both intermediate and skilled levels. Via Christi also operates hospitals and other sites of care. Via Christi is part of Ascension, the largest nonprofit health system in the United States and the world’s largest Catholic health system, operating 2,500 sites of care — including more than 30 senior living facilities (including the aforementioned Via Christi communities) and 141 hospitals — in 24 states and the District of Columbia. 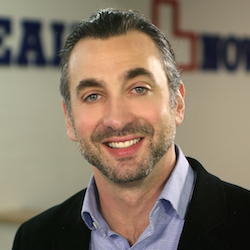 Bellamy Carter Brook, D.O., medical director at Peconic Landing, a continuing care retirement / life plan community in Greenport, NY, has been named a certified medical director by the American Board of Post-Acute and Long-Term Care Medicine.

Brook has served as medical director at Peconic Landing since 2010. He is a board-certified family practice physician, specializing in geriatrics and family medicine, with more than 14 years of medical experience. He also is affiliated with Peconic Bay Medical Center and Eastern Long Island Hospital in Greenport. He is a graduate of New York College of Osteopathic Medicine. 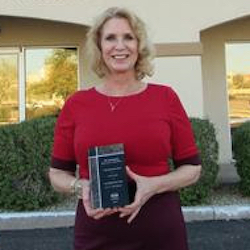 “This is a great honor, but my staff and everyone at Sun Health and Sun Health Senior Living deserves the credit for this award,” Lusson said in a Sun Health newsletter article. 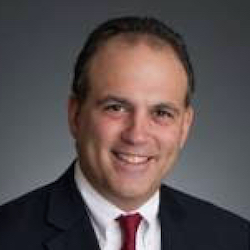 He will lead the company’s ongoing expansion efforts, bringing with him 20 years of experience in healthcare and specialty commercial lending. Reuben will work in HHC’s main office in Bethesda, MD.

Before joining HHC, Reuben served as president of Specialty Finance Partners, a healthcare and commercial finance advisory firm that he co-founded. His career also includes service as executive vice president of the commercial and specialty finance business and president of several business lines at Capital One Bank; as a member of the senior management team at CapitalSource Inc., including time as president of the commercial finance business; as an executive at Heller Healthcare Finance and its predecessor company, Healthcare Financial Partners, where he was vice president in the portfolio development/investment group; and as a corporate and securities attorney for Hogan & Hartson in Washington, D.C., and King & Spalding in Atlanta.

Homestead at Hamilton, a senior living community under construction in Hamilton Township, NJ, has hired a general manager and marketing director.

General Manager Andy Fritz has more than 22 years of experience in all facets of senior living. He earned a master’s degree in healthcare administration at Widener University, Chester, PA, and is a licensed healthcare professional through the state of New Jersey.

Homestead at Hamilton is being built by Pike Construction and Solvere Senior Living. More than $59.1 million is being invested in the project, which is expected to be completed this fall. The community will have 96 independent living apartments, 75 assisted living apartments and a memory care neighborhood of 24 apartments, all on a 24-acre site. 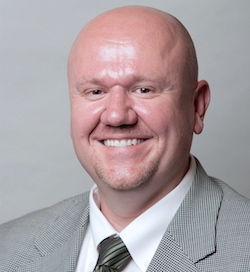 Greg Meehan has been named Fox Run’s Leader of the Year. He will receive the award at the Erickson Living annual meeting in March in Baltimore.

Meehan has been the Novi, MI, retirement community’s finance director for four years. He also hosts a weekly sports show on the community’s closed-circuit TV station.

Before joining Fox Run, Meehan was a senior vice president with Lee Hecht Harrison, a global career transition and leadership development organization, where he was responsible for the operations of the central region of the United States. He began his career as an auditor with Plante & Moran, during which time he became a certified public accountant. Meehan also spent seven years as the controller for a local information technology staffing company.

The Brennity at Daphne resident feted for 100th birthday

Daphne, AL, Mayor Dane Haygood and the city of Daphne celebrated the 100th birthday of Mary Puckett Tucker with a certificate of recognition presented at her residence, The Brennity at Daphne, a Sagora Senior Living community.

“Celebrating 100 years is something that not only denotes an attainment in age but also in wisdom,” said Bryan McCaleb, president of Sagora, in a letter to of recognition to Tucker on achieving the milestone.

In honor of the occasion, The Brennity at Daphne was decorated in Tucker’s favorite color, green, and Brennity’s culinary director baked a special birthday cake. With residents, associates and family members in attendance, Haygood spoke of the life of this centenarian.

Tucker, a Brennity at Daphne resident since 2009, participates in the baking club, social gatherings and anything related to music. She is the first resident to turn 100 years old at the community.