Memory Care America, a Nashville, TN-based developer and operator of memory care communities throughout the South, has promoted Linda Carrasco to regional director of operations. Formerly, she was executive director of the company’s Memory Care of Westover Hills in San Antonio, TX.

In her new position, Carrasco will be responsible for all of the company’s dedicated memory care communities in Arkansas, Mississippi, South Carolina and Texas. The award recognizes an ACHCA fellow who has been deemed to have demonstrated the highest professional standards as an administrator in post-acute and aging services — specifically, in the assisted living setting. The award will be presented during an April 4 ceremony at ACHCA’s 51st Annual Convocation and Exposition in St. Louis, MO.

McGinley’s ongoing commitment to assisted living and service made him an outstanding candidate for the recognition, ACHCA said in an announcement. He assumed his current role after 17 years at Whitney Place in Natick, MA. Under his leadership, Whitney Place was the first assisted living community in Massachusetts to be accredited by the Joint Commission. The campus, which also includes a child care center, a skilled nursing center and an adult day care center, had a record 12 consecutive years with no life safety code violations.

McGinley is the treasurer for ACHCA’s Massachusetts chapter and has held several other leadership roles within ACHCA at both the state and national level, including serving as convocation chair and past president. He also is active in local civic life and serves on the Assisted Living Administration Advisory Committee for Saint Joseph’s College.

Each of these staff members will be under the direction of Executive Director Beth Baxter.

Paris has more than 18 years of experience in the senior living field. A licensed assisted living administrator, she previously worked as an administrator and executive director in Tennessee and Georgia.

Boettcher has many years of experience in maintenance services, including managing departments, budgeting, remodeling, renovation and repair. He graduated from Adventist University with an undergraduate degree in broadcast journalism and worked for television stations in Chattanooga, TN, as a journalist and photographer.

Gonder has almost five years of licensed nursing experience, including managing and overseeing clinical and support staff as well as performing various nursing procedures and responsibilities.

Shrum received his undergraduate degree in food and nutrition from the University of Chattanooga and he also is a certified dietary manager. He has almost 30 years of experience working on both the receiving and distribution ends of the food services industry, including healthcare settings. 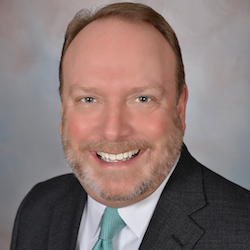 Lucas brings 15 years of experience to the position, according to Stan Waterhouse, president and CEO of SQLC.

Mirador is one of six communities operated by SQLC. A Masterpiece Living community, it includes 125 independent living apartment homes. The Plaza at Mirador provides a full range of healthcare services for an onsite continuum of care. Care levels include assisted living, memory support and skilled nursing and rehabilitation. The Plaza has 44 private assisted living suites, 41 private rooms for nursing care and 18 private residences for memory support. The community has 25,000 square feet of commons areas on a 17-acre campus. Maria Brownworth has been named director of community relations at Amber Court Assisted Living in Smithtown, set to open this fall in Nesconset, NY.

In her new role, she will lead local marketing and educational workshops in addition to serving as a liaison to families and residents throughout the admissions process.

“As we gear up for our Smithtown grand opening, Maria will meet with individuals and organizations throughout the area to explain all we have to offer,” said Robin Marks, Long Island regional director of Amber Court Assisted Living.

Brownworth brings more than 20 years of related experience to her new role, including having been director of admissions for Long Beach Assisted Living. She also has held positions with Braemar at Medford, Cassena Care and Care Patrol.

A member of Gerontology Professionals of Long Island, the Long Island Family Caregivers Coalition and the Senior Umbrella Network of Suffolk, Brownworth received her undergraduate degree from the University of Scranton.

The new Amber Court Smithtown Community is Amber Court’s fifth location in the New York/New Jersey area and its second on Long Island. It will feature a wellness suite, a technology hub, a fitness center, three dining rooms, bistro and a cinema. The move comes as Asbury and Sodexo announce a joint business development plan through which the organizations will work together to identify and develop services for older adults. Both Lawson and Hollen will report directly to Doug Leidig, CEO of Asbury Communities.

Lawson will serve as the chief strategic alliances and growth officer, and she will lead Asbury’s strategic growth initiative across the Asbury system. Previously, she was director of business development for Sodexo Seniors North America, managing a region including the District of Columbia, Florida, Maryland, North Carolina, Pennsylvania, South Carolina and Virginia. She developed more than 150 strategic business partnerships that were designed to improve quality of life for older adults as well as deliver operational efficiencies, labor optimization and sustainable savings.

Hollen will serve as vice president of business development, a position in which he will work to identify major business opportunities, drive innovation and create new partnerships and collaboration opportunities with both continuing care retirement / life plan communities and Asbury business partners. He also will lead market analysis and innovation to expand the business and enhance Asbury Communities’ brand reputation. While at Sodexo, Hollen was vice president of operations, responsible for Sodexo’s Seniors business portfolio, including includes Asbury Communities as well as other senior living providers in Connecticut, Massachusetts, New Hampshire, New Jersey and New York.