A simple blood test might soon be all that’s needed to confirm Alzheimer’s disease and frontotemporal dementia.

University of California scientists recently analyzed the blood test administered to more than 300 patients. Their conclusion: Such a test may be available in less than half a decade.

“This test could eventually be deployed in a primary care setting for people with memory concerns to identify who should be referred to specialized centers to participate in clinical trials or to be treated with new Alzheimer’s therapies, once they are approved,” said Adam Boxer, M.D., Ph.D., senior author of the study, which appears in Nature Medicine.

For the study, Boxer and colleagues took blood samples from 362 people aged 58 to 70 years old. They checked the blood samples for proteins that could serve as tell-tale signs of dementia. They found blood levels among Tau181 levels were roughly 3.5 times higher among people with Alzheimer’s.

Currently, positron emission tomography scans (also known as PET scans) or invasive lumbar punctures to test cerebrospinal fluid are the only methods for verification. Investigators said the new blood test will deliver similar accuracy but is a cheaper and easier alternative.

“Finding a blood test that specifically identifies the presence of Alzheimer’s pathology in the brain should greatly help researchers develop better treatments for the many who suffer from dementia,” added Roderick Corriveau, Ph.D., program director at National Institute of Health’s National Institute of Neurological Disorders and Stroke, which also supported the study. 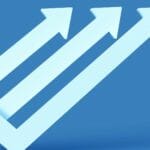