A set of disgruntled residents on Thursday filed what they believe could be the first class-action lawsuit against an assisted living operator to be brought under the Americans with Disabilities Act. Potential damages could exceed $45 million, according to one of the attorneys representing the plaintiffs.

A spokeswoman for Brentwood, TN-based Brookdale told McKnight’s Senior Living that the company will defend itself “vigorously” against the legal action, which it believes does not have merit.

The four residents named in the lawsuit allege that understaffing means that residents’ activities of daily living needs are not being met.

“As multiple reports by state regulators confirm, residents are left without assistance for hours after falling, they are given the wrong medications, they are denied clean clothing, showers and nutritious food, and they are left in their own waste for long periods of time,” according to the 81-page complaint, filed in U.S. District Court for the Northern District of California. The document cites alleged incidents as well as inspections conducted at several Brookdale communities in the state.

“These incidents are symptomatic of a bigger and systematic problem across the Brookdales here in California, and our clients are seeking to represent a class of people who are seeking to make changes in the way that Brookdale delivers care to seniors in these facilities,” Gay Crosthwait Grunfeld of the San Francisco law firm Rosen Bien Galvan & Grunfeld LLP, one of three law firms representing the plaintiffs, told McKnight’s Senior Living.

The residents, one of whom is cognitively impaired and three of whom use wheelchairs or walkers, also allege that the country’s largest senior living provider violates the ADA and the Unruh Civil Rights Act at its California communities by not addressing multiple barriers in their rooms and throughout the communities, by restricting the number of people in wheelchairs who can participate in weekly outings, and by not providing a sufficient number of caregivers for residents who have cognitive and other impairments. Residents with disabilities also have not been provided with emergency evacuation plans, the lawsuit contends.

“We’re very concerned about response times and accessibility,” Grunfeld said. “People come to these places to get help with activities of daily living, and they’re not getting the help they need, and many of the residents, if not all, have disabilities that are not being accommodated.”

Damages in the case, if it is certified as a class action and the plaintiffs win, could exceed $45 million, Grunfeld said. That’s because the lawsuit is seeking a minimum of $9,000 for each affected resident, and more than 5,000 residents of Brookdale communities in California could become part of the class.

“We believe this lawsuit is without merit,” Heather Hunter, a senior public relations specialist at Brookdale, told McKnight’s Senior Living. “While I can’t speak directly to specifics, know that we are defending ourselves vigorously.”

In addition to making Brookdale address the issues alleged in the lawsuit, the complaint also seeks to prevent Brookdale from charging monthly fees that are based on residents’ personal care plans “until Brookdale implements staffing policies and procedures that enable it to deliver those services on a consistent basis.” These fees are in addition to the base rate charged to each resident.

Both communities are former Emeritus Senior Living properties that were rebranded with the Brookdale name after the companies merged in 2014, according to the complaint. 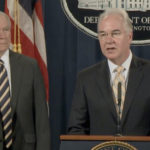