Within majority assisted living properties, the occupancy rate dropped just 0.3% for the February reporting period, less than the 1.2% drop recorded in January but the same as December. The all-occupancy rate for this sector now sits at 76.1%, according to the report.

The release also showed that inventory among independent living within the NIC MAP primary markets is up 2.4% compared with a year ago, whereas assisted living inventory has increased by 2.9%. Cleveland has seen the largest independent living occupancy decline since March 2020, reporting a decline of 13.9% to a February occupancy rate of 77.5%.

“The drop is largely explained by strong growth in inventory from year-earlier levels,” the report authors wrote. 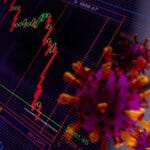