George Hager has brought an astute blend of strategic and tactical skills to his job as the top exec of the largest largest nursing home operator in the United States.

A certified public accountant by training, he is by any reckoning a survivor. He has been CEO of Genesis HealthCare for 17 years, a position he assumed after 11 years as vice president and CFO. He was the only member of top management to remain after the company’s 2000 bankruptcy reorganization.

“Gentleman George,” as he’s known in some circles, has headed Genesis through several iterations. This included a sale to private interests in 2007, which led to the company’s heyday. He had a key role in Genesis’ going private as Genesis HealthCare LLC, a structure that separated the operating company from the real estate. This restructuring provided Genesis, the operating company, with sufficient resources to significantly renovate a number of its facilities and to invest in technology.

In emerging as more than just a finance guru, Hager solidified the company’s operating structure, investing in physician services and clinical operations.

In 2014, however, the company doubled in size by acquiring Sun Health, an overwhelming move that exposed how ill-matched the companies were for integration. A few months later, it acquired Skilled Healthcare, an even less-successful move but one that fast-tracked a way for Genesis to re-emerge as a public company.

Throughout, Hager’s ability to listen, analyze and learn have been critical. Colleagues describe him as loyal to a fault and as someone perhaps too willing to work the details. Traditionally, the congenial former college basketball player has been content to be more of a behind-the-scenes public policy influencer.

Most recently, he has steered 361-facility Genesis through financially challenging times, which have included having its stock delisted twice in recent years.

The company, however, continues forward, a survivor that, like its financially savvy leader, merits constant watching. 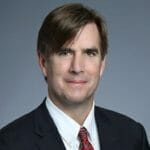