Wage pressures and lower occupancy levels due to new supply in the marketplace are short-term issues for senior living and don’t dampen HCP’s enthusiasm for the industry, Thomas M. Herzog, CEO of the real estate investment trust, told analysts and others participating in a Tuesday first-quarter earnings call.

“Over the long-term, we still feel very favorable about this business, for a couple of reasons,” he said. Supply will begin to normalize in 2018, and the 75+ population will grow by almost 50% over the next decade, Herzog added.

“So when we look at the top 99 [National Investment Center for Seniors Housing & Care] markets and the average penetration, we see a huge opportunity in front of us, and we do plan to be well-positioned to capture our share of this growth,” he said.

The REIT is focusing capital expenditures on properties in markets facing new competition, he said.

“Looking at units that are currently under construction, about five percent of our total company net operating income is exposed to new supply within a five-mile radius of our senior housing operating portfolio,” said Peter Scott, HCP’s executive vice president and chief financial officer. The new units are evenly split between assisted living and independent living, he added.

“We think our properties have strong demand-drivers in their markets, including affordability,” he said, “and we are proactively investing CapEx into properties that are facing new supply in order to keep them competitive.”

Scott said Houston was the REIT’s only independent living market to experience new openings in the past 24 months.

“That was three properties, three openings,” he said. “While our Houston properties did experience decline in occupancy, we did outperform the NIC average for both occupancy and rate in that market,” he added.

Seventeen communities in HCP’s assisted living portfolio have been affected by new supply over the past two years, however, Scott said. “Four are in our top-10 markets, and in these four markets, again, our occupancy and revenue growth both outpaced the NIC averages for supply and revenue growth.”

“Collectively, the properties that saw new supply in the past two years have had positive net operating income growth of approximately 2%, and we believe this is due to the CapEx that we’ve invested,” he added.

Herzog said HCP expects occupancies to recover after the “very severe” flu season. “If you look at some of the new competition our properties will be facing, especially in independent living, those properties that are coming online won’t come online until later 2017 and starting in 2018. The rates we have in our properties are typically below the market-leader level. So, while there may be some impact in new supply, it’s typically not as great as if you are a price leader in that market.”

HCP completed the sale of 64 Brookdale communities for $1.125 billion during the quarter, as previously reported, Herzog said, and the REIT is working with Brookdale to reduce its exposure to 20% or less.

“As Brookdale announced last quarter, they are considering strategic alternatives,” he said. “Although we are not in a position to comment on their progress, Brookdale has been a good partner, and we will continue to take actions with them to find mutually beneficial ways for HCP to reduce concentration and improve our portfolio over time.”

Four percent wage growth at Brookdale in the quarter was partially offset by labor and food costs that were lower due to lower occupancy, said Kendall K. Young, HCP’s senior managing director of senior housing properties.

Herzog also announced that Young has assumed the position of senior managing director of HCP’s senior housing platform and that the REIT had hired a new senior vice president of senior housing asset management who will report to Young.

Kai Hsiao is planning to leave the REIT as senior managing director of senior housing properties within the next few months, Herzog said, but he is staying for now to help with the transition as President Justin Hutchens leaves in June, as previously announced, to become CEO of HC-One, a senior living, home care and long-term care provider in the United Kingdom and a client of HCP.

HCP Inc. Lois A. Bowers
Next post in News 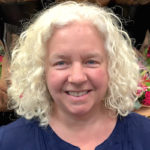