The Senior $afe Act, signed into law last year, protects banks, credit unions, investment advisers, broker-dealers, insurance companies and insurance agencies from being sued for reporting suspected exploitation or fraud as long as they have trained their employees about how to identify the warning signs of common scams and make reports in good faith to the proper authorities.

The AARP and Virginia Tech’s Center for Gerontology recently tested the effectiveness of one such training program via a six-month pilot program and said that financial exploitation “greatly declined” with its use.

Among the resources in the program are a library of tip sheets, templates and other information on topics such as spotting dementia in bank customers.

“Education and training of staff are two of the most powerful things banks and credit unions can do to protect older consumers,” Jilenne Gunther, co-author of the research report and AARP’s national director of the program, called BankSafe, said in a statement. “Our research shows that well-trained frontline employees provide a critical safety net for those most at risk of being exploited.”

Specifically, the researchers found that trained employees saved 12 times more money per employee than those in a control group who weren’t trained ($865 versus $70), that more than four times the number of suspected incidents of financial exploitation were reported by those who received the training compared with those who hadn’t, and that there was a 133% improvement in assessment scores that tested knowledge of financial exploitation among those who had gone through the training, compared with a 33% increase among those who had not. 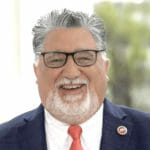