The pandemic, as expected, had a “pronounced” effect on Welltower’s financial results in the second quarter, especially those results related to senior living and skilled nursing, Chairman and CEO Tom DeRosa said Thursday on the real estate investment trust’s latest earnings call. “However, what we can say with great certainty is that the long-term drivers of our business remain firmly intact,” he said. Capital Senior Living plans to transfer operations and ownership of 18 senior living communities to Fannie Mae, the company announced Thursday. The move follows several steps Capital announced in May “to improve its liquidity position and address uncertainty about its ability to continue as a going concern.” The COVID-19 pandemic has increased uncertainty and disruption in both the overall economy and the commercial real estate industry and has had a “profound” effect on business, resulting in an “extremely challenging operating environment,” Diversified Healthcare Trust and Five Star Senior Living executives said Thursday on second-quarter earnings calls.

Over the past four years, New Jersey-based Portopiccolo Group has been building a nursing-home portfolio rivaling some of the nation’s largest chains. The firm acquired its first skilled nursing facility in 2016, and today it owns or operates approximately 100 facilities under dozens of different names, including Accordius, Pelican Health, and Orchid Cove, according to an analysis in Barron’s Thursday. The majority of these facilities, the report noted, have only come under Portopiccolo’s ownership 2019. More than ever, employees need support; Here’s how to make it happen

During these unprecedented times, senior living employers need to show workers more support than ever before by bolstering benefits and reward practices. A federal plan is needed to end the “national nightmare” of the pandemic, the leaders of six national organizations representing aging services providers told the president, vice president and leaders in the Senate and House. New York state is walking back its blanket protections granted to senior living communities and nursing homes during the COVID-19 pandemic. The majority of Healthpeak Properties’ future growth will be in the life sciences and medical office buildings, and a potential exists that the real estate investment trust will reduce its investment in senior housing, executives said Wednesday during a second-quarter earnings call. A California assisted living community COVID-19 outbreak that led to four deaths reportedly leads back to a “meth dealer” who exposed an employee to the virus, and then the employee unknowingly brought the virus into the building. 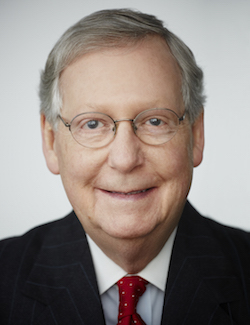 Senate Majority Leader Mitch McConnell made a move toward overcoming one of the biggest hurdles of current COVID-19 relief bill negotiations Tuesday. In a reversal, he said that he was open to extending the $600-a-week federal unemployment benefit that expired July 31.