Monday will be Labor Day. As national holidays go, it’s somewhat of an oddity.

The day has come a long way from what its backers originally wanted: a shorter work week and, ahem, unified union workers. These days, it seems to be all about celebrating workers’ contributions. And for gorging on barbecued meat.

As it’s just a few days away, this may be as good a time as any to size up the state of labor in senior living. For what it’s worth, here are five observations:

1. Overall, conditions for workers are getting better. Wages are improving. Mechanical lifts and other devices are cutting down on workplace injuries. Technology is reducing actual pen and paper use. The work generally is less physically demanding and can be done with more efficiency than ever. These are all welcome developments.

But for thousands of workers, the status quo hardly is optimal. Many communities refuse to hire full-time employees, as it means dishing out benefits and other perks. From a bottom-line standpoint, that’s good business. But for the poor souls who must work two or more part-time jobs that deliver nothing more than a paycheck, it’s hardly an ideal arrangement.

2. Unions are weaker than ever. From a manager’s perspective, this is a good thing. Rare is the operator who would want to run a union shop if given a choice. It also can be argued that fewer unions are a good thing for employees as well, in that better working conditions are making them seem less desirable or necessary. But it’s a safe bet that this sector will continue to remain a target for the SEIUs and others of the world.

3. Staffing remains a huge challenge. Simply put, there are not enough qualified people willing to do the work that must be done at the rates now being offered. It’s a universal eldercare problem. More than a thousand nursing homes recently were deducted a valuable star from their Nursing Home Compare ratings due to inadequate staffing levels. But to be fair, this is a problem most assisted living and independent living operators also face every day. By all indications, the problem will only worsen in the coming years.

4. Robots to the rescue? As it becomes harder to find live bodies to do the work, perhaps robots literally can do some of the heavy lifting. Certainly, we are seeing early signs that this can be done in creative if limited ways. The big question here is to what extent residents will embrace help from robots. That being noted, it appears eldercare’s robot invasion is less a matter of if than when.

5. Culture matters. It’s no secret that turnover is rampant in this sector. But on closer inspection, it’s a highly uneven benchmark. Some places seem to have a new crew every six months. Others boast of workers celebrating their 20th, 30th and even 40th anniversaries. What’s the difference? In my opinion, it’s largely a matter of culture. Put another way, people want to work in a place where they feel valued, empowered and believe they are making a meaningful contribution.

If you are providing that kind of work environment, congratulations. If not, Labor Day might be a good time to size up where your work is cut out. 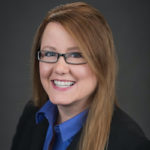 Your homework assignment: Help extend the benefits of vacation