Kresse earned her undergraduate degree in business management from Colorado State University Global and is a Certified Benefits Professional and Certified Compensation Professional.

In his new role, he will deliver technology solutions to drive innovation and operational excellence and ensure the continued development of the IT environment throughout the organization.

Gleinig shares his professional knowledge at industry conferences, most recently presenting at the 2019 LeadingAge annual conference.

Nixon is a board-certified geriatric nurse who spent most of his 30-plus-year career as a director of nursing for geriatrics. In his new role, he will oversee all things clinical in nursing on the assisted living and skilled nursing side of Juniper’s Texas communities. He will ensure resident / patient handling, implementation of Juniper’s policies, nursing care and signature programs.

Eben will support and oversee the business side of operations in Texas, including human resources, payroll and accounts payable / receivable. She has been working in long-term care for more than 20 years. Eben also worked as a receptionist at a local veterans’ home.

Higman is a former quality assurance director and director of culinary services at Atria Senior Living and is certified by the National Academy of Sports Medicine as a personal trainer. She earned a degree from Le Cordon Bleu College of Culinary Arts in Scottsdale, AZ, and an undergraduate degree from the University of Nevada, Reno.

Rasmussen previously was an associate executive director and interim executive director, respectively, at a Sunrise Senior Living community in Broomfield, CO, and for Milestone Retirement Communities in Draper, UT. He also was an administrator-in-training at a skilled nursing center in American Fork, UT.

Rachel Blumberg has been named executive director of The Toby & Leon Cooperman Sinai Residences of Boca Raton, FL, located on the campus of the Jewish Federation of South Palm Beach County. The retirement community is managed by Life Care Services.

Blumberg will assume responsibility for the overall administration of the community, including general, financial, marketing and sales leadership, and health center management.

She previously was executive director of Village on the Green, a continuing care retirement community in Longwood, FL, where she was responsible for the 80-acre campus. The community received the Governor’s Gold Seal award of excellence in long-term care, an honor held by only 4% of skilled nursing providers statewide.

While at Village on the Green, Blumberg led a $56 million development project that included a 100,000-square-foot health center along with the full renovation of three new restaurants and other community clubhouse venues. The community earned a Gold in the Safety category of the Skilled Nursing track in the 2020 McKnight’s Excellence in Technology Awards program.

Sinai Residences is undergoing a $160 million expansion expected to open in April 2022. The expansion will feature a 250,000-square-foot building, 111 independent living apartments and three dining areas.

Branden Williams has been named director of dining services for Highland Springs, a continuing care retirement community in Dallas managed by Erickson Living.

Williams brings 12 years of culinary experience to Highland Springs. He previously worked at Navarro College in Texas and the University of Nebraska at Omaha as the director of dining services. He also was dietary manager at Charleston Surgical Hospital, where he oversaw kitchen efficiency and menu development while catering to special dietary and cultural needs.

Williams also taught culinary arts at Dabney S. Lancaster Community College in Virginia, where he was responsible for preparing students for careers in the hospitality industry and providing technical instruction relevant to the work environment.

Muscha has more than 40 years of nursing experience. She began her career as a nurse assistant at a hospital and worked in medical surgical and perinatal departments before being promoted to director of perinatal services. She also worked with older adults at Hospice of San Joaquin and most recently was health services director for Prestige Senior Living.

Turney Munson has been named community integration liaison by Integral Senior Living of Carlsbad, CA. Munson joins the team with 30 years of experience in the senior living industry.

In her new role, Munson will lead the company’s efforts to create a smooth transition process for communities joining the Integral Senior Living family. She also will support operations and sales teams in new communities across the country.

Turney has been a nursing home administrator, executive director, regional director of operations, opening specialist and project manager. She has supported the pre-opening design, development and opening processes for more than 80 senior communities across the United States and Canada.

Theresa Sanderson, CNHA, FACHCA, is the 2021–2022 board chair, succeeding Bob Lane. She has been the administrator at West Hartford Health & Rehabilitation Center in Connecticut since 2002, a nursing home administrator since 1995 and a member of ACHCA for 14 years.

Sanderson held previous ACHCA board positions of District 1 director, secretary / treasurer and vice chair. She is CNHA-certified and a fellow of ACHCA.

Alice Raia has been appointed chief information officer of Denver-based InnovAge Holding Corp., a provider of Program of All-Inclusive Care for the Elderly services.

In her new role, Raia will lead InnovAge’s strategy and development for data management, digital technologies integration, information technologies and technical transformation. She will be responsible for data and technology integration across the company, and modernizing and developing technical, data and digital platforms to enhance patient care.

Raia brings more than 25 years of healthcare and technology experience, most recently as vice president–digital experience engineering at Kaiser Permanente in California. Before that, she held leadership and technology roles at Blue Shield of California, Advanced Data Exchange, Hewlett Packard and Apple.

Lisa Taylor, CEO of iN2L, has been appointed to the board of directors of Atlanta-based Patientco, a patient payment technology company.

Taylor brings 20 years of experience in the healthcare technology industry to the board. At iN2L, she is responsible for shaping the company’s brand to the senior living and care market.

Taylor previously was CEO of the healthcare vertical of West Interactive Services, a provider of customer experience and technology integration solutions, where she helped the company return to double-digit organic revenue growth within 12 months. She transformed the overall operating model by applying Lean Six Sigma principles, improving quality and efficiency. Taylor also was the company’s chief operating officer. 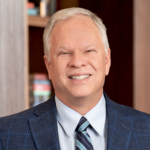 People in the news, April 13