A bright spot in a new report from Genworth Financial is that employers appear to be doing a better job of meeting the needs of workers who provide for the long-term care needs of their family members, according to the insurance holding company.

Fewer employees reported negative effects of family caregiving on their careers for the “Beyond Dollars 2018” report, issued Tuesday, Genworth said.

In 2018, for instance, 70% of family caregivers reported having to miss work because of caregiving responsibilities — still the majority, but down from 77% in 2015. And fewer workers reported cutting back on their hours due to caregiving in 2018 compared with 2015 (46% versus 52%, respectively).

“As the population ages, many companies are changing the way they respond to the needs of employees who are also caregivers,” the report authors wrote.

“Some [employers] allow workers to donate vacation time or sick time to a caregiving coworker,” Julie Westermann of Genworth told McKnight’s Senior Living. “Access to caregiver support or employee resource groups is another benefit. Also, counseling, coaching or wellness programs specific to supporting caregivers themselves and the financial and legal implications.”

Additional policies and benefits that support family caregivers, she said, include subsidized in-home back-up care and emergency care, as well as access to other free or low-cost resources.

The change comes as caregivers spend 21 hours every week, on average, providing care now, one hour more than in 2015.

More work needs to be done to accommodate workers, the report suggested. Half of this year’s respondents said they believed that their careers have been affected negatively by their roles as family caregivers. Other results:

Genworth has sponsored the “Beyond Dollars” study in 2010, 2013, 2015 and 2018. The latest research was conducted in February and included 739 people providing long-term care to loved ones, 351 care recipients and 110 family members with detailed knowledge of a long-term care event in their family (but not responsible for providing care). 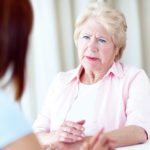 Life expectancy not a topic most older adults want to discuss: survey