“Argentum opposes the PRO Act legislation and is working closely with our coalition / industry partners to inform lawmakers of our concerns regarding this bill,” Balda said.

The bill, according to sponsoring lawmakers, amends the National Labor Relations Act and related labor laws to extend protections to union workers by:

If the act becomes law, according to Scott, who is chairman of the House Education and Labor Committee, “workers will have greater power to stand together and join a union, companies will be held accountable for violating the law, and workers will be able to decide whether to form a union without interference.”

The PRO Act also is opposed by pro-business groups such as the U.S. Chamber of Commerce and the Competitive Enterprise Institute, but it is supported by the Service Employees International Union, members of which work in assisted living communities, skilled nursing facilities, home health settings and other workplaces.

Companion legislation was introduced in May in the Senate by Sen. Patty Murray (D-WA). The act has 40 co-sponsors in the Senate, where it was read twice and referred to the Committee on Health, Education, Labor, and Pensions. 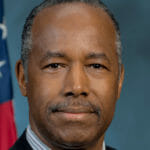