When someone says the word “retirement” to you, what do you picture?

Life in a well-appointed life plan community? Perhaps traveling, enjoying hobbies, or spending time with family? Or maybe you think about healthcare and the costs associated with aging?

I’m also willing to bet that if you’re reading this article, you work in the aging services space. Therefore, your take on what retirement is might be skewed by your day-to-day work.

Taking a wider look. How does society interpret the idea of retirement? I performed a generic Google search (with my location blocked) to see what the digital zeitgeist has to say. The first two ads were both for financial planning firms. I also was shown the Wikipedia article on retirement, as well as three “top stories,” all of which were posted within 24 hours of my search. And, this won’t come as a surprise, those three stories all dealt with financial issues.

Obviously, our world is concerned about the financial implications of life after work.

But what does our popular culture say about retirement? Although “retired life” has been depicted thousands of times in our media, I immediately thought of three prominent examples: “The Golden Girls,” “The Cool Kids” and “The Simpsons.” Let’s take a moment to dissect how each of these portrays retirement.

“The Golden Girls.” Airing from 1985 to 1992, this is the quintessential retirement sitcom. The show depicts the lives of four older women who share a home in Miami. Three of the women are widowed, and one is divorced. The oldest of the group, Sophia, once lived in a retirement community, but it burned down, so she moved back in with her daughter.

Throughout the show, the ladies always are getting into shenanigans, with aging often playing a major role. The show singlehandedly may have brought the word “lanai” into the lexicon, making such a veranda a desirable feature for retired life.

All in all, “The Golden Girls” depicted an enjoyable, if whacky, view of retirement. Was it always accurate? No, but it certainly did make retirement seem pleasurable!

“The Cool Kids.” This show began airing in 2018. The all-star cast features major comedic talent, such as David Alan Grier, Martin Mull, Vicki Lawrence and Leslie Jordan, along with a cast of other well-known comedians who make guest appearances.

Set at “Shady Meadows Retirement Community,” the show follows the lives of the four main characters as they navigate community life. The show is billed as “high school with 70-year-olds.” On the plus side, the program addresses some less-than-talked-about issues in senior living, such as LGBTQ residents, drug use among older adults and what life is like for active adults who choose independent living at a younger age. On the down side, the comedy on the show relies on many common tropes that involve age, going for the easy laugh instead of the intelligent one. All that aside, “The Cool Kids” at least depicts a different view of the aging experience.

“The Simpsons.” Of all the options, why did I pick “The Simpsons” for this list? First, it’s been on the air since “The Golden Girls” and remains on the air today. “The Simpsons” are a direct reflection of American popular culture, and its changing tastes, over the past 30 years.

Although “The Simpsons” is a comedy show, the episodes that have touched on life in the local retirement community have been remarkably on point. It has dealt with the rising cost of medication for the elderly, the challenges of finding good staff, loneliness among the residents and even an episode where Grandpa Simpson donates a large amount of money to redecorate the community. Like it or not, “The Simpsons” has done a pretty good job of mirroring some of the challenges our space faces.

How does all of this relate to how we think about and market our communities?

In a way, the aging services space inadvertently has shaped the idea of what retirement is for America. Our communities generally serve two markets – those with savings and property, and those with nothing. Seniors are either depicted as living lavish lives in upscale communities or they are shown living in less-than-favorable circumstances.

These shows, and many others, have colored the public mind on what retirement should look and feel like. People think they are going to be able to retire to a nice, comfortable community, on their own terms, with little to no savings. Or, alternately, it leaves them feeling a sense of dread because they fear ending up neglected in a pauper’s home.

The truth, however, probably lies somewhere in the middle. Senior living marketers are struggling mightily with figuring out how to serve the middle market. Not surprisingly, there are few, if any, good depictions in popular culture of what a middle-market retirement looks like.

This is the challenge that now lies before us. The way in which we design campuses, market communities and serve our residents is going to shape the next generation of pop culture references to aging. For years, we have been fighting the negative stereotypes attached to senior living — and we’ve had some success. But we all know there is a long way to go.

Every team member, and every resident, of every senior living community out there today is an ambassador to the wider world about our work. And I, for one, am excited about the new message and tone we’re setting.

Get ready, pop culture. We’re about to change the way the world sees retirement! 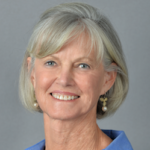